In the past year, tech giants including Facebook and Google have faced a wave of scandals stemming from whether they can protect the huge amount of data they collect in order to target ads.

Apple, as a company that primarily sells luxury computers like the MacBook and iPhone, not advertisements, has largely avoided these scandals.

Apple CEO Tim Cook even fired a shot at Facebook's CEO when he said that he "wouldn't be in this situation" in response to a question about what he would do if he were Mark Zuckerberg and had to testify in front of Congress related to the Cambridge Analytica data scandal.

On Wednesday, Apple doubled down on its pro-privacy corporate stance with updated information on its website.

"We believe privacy is a human right," it starts, echoing language that Cook has made in public speeches. The Apple CEO will give a speech at a European privacy conference next week, where he will likely use that phrasing or something similar again.

Earlier this year, Apple introduced a new icon that shows up in any software that Apple collects data from. After tapping the icon, Apple provides a surprisingly detailed list of data it collects from that app. But if a user still wants more information, Apple directs him or her to its privacy site, which is what was updated today.

Other new under-the-radar privacy features can also be seen by users as a way to wean themselves off of Facebook and Google.

For example, Safari, the iPhone's browser, now has a new workflow in iOS 12 for creating a unique, secure password for a new account and saving it across Apple devices, reducing the temptation to use a Facebook or Google single sign-on, which had been seen as a secure log-in method, but is being rethought after Facebook's recent breach.

You can take a look at Apple's privacy page here. 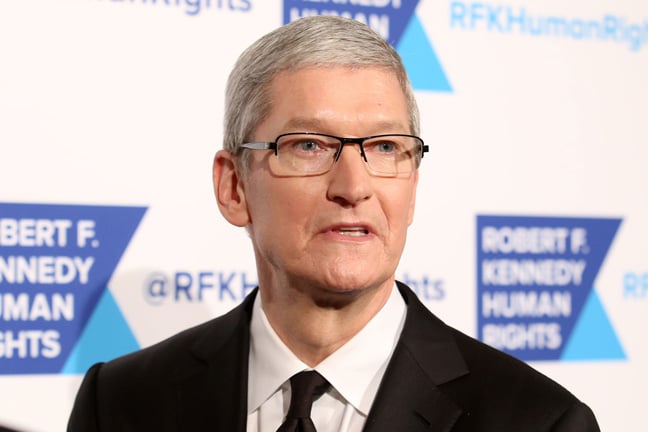