On Monday, Apple unveiled a slew of new services during a highly-anticipated gathering at its global headquarters in Cupertino, California. The new offerings include a video-streaming service called Apple TV Plus , which features shows from Oprah and JJ Abrams, as well as stars Steve Carell and Jennifer Aniston. A paid news service, called Apple News Plus , includes content from the Los Angeles Times and National Geographic. The company even took the wraps off of its own credit card , partnering with Goldman Sachs and Mastercard.

In making those announcements, Apple repeatedly emphasized its privacy chops and reiterated vows against data sharing. Those promises sure seemed like thinly disguised jabs at its Silicon Valley neighbors, Facebook and Google. When Apple announced the paid news service, for example, the company emphasized it won't know what you've read and won't allow advertisers to track you.

"What you read on Apple News will not follow you across the web," Roger Rosner, Apple's vice president of applications, said during the presentation. Even if you had the volume turned down, it was hard to miss Rosner's words; they were projected behind him.

It's hard to see the line as anything but a diss to Facebook and Google. The two tech giants have recently drawn intense scrutiny because their business models involve collecting personal information from their users, which marketers for targeting. Lawmakers and the public have slammed the companies for their data collection and raised the specter of regulation to reign them in.

Apple's event wasn't the first time the iPhone maker has highlighted its commitment to privacy or taken aim at rivals in recent months. At CES in January, Google splurged on a massive marketing blitz for its Google Assistant software, plastering the words "Hey Google" -- the software's trigger words -- on buildings and monorail cars all across Las Vegas. Apple, which didn't participate in CES, made waves with a single ad on the side of a hotel that read, "What happens on your iPhone stays on your iPhone."

Earlier this month, Apple released a TV ad devoted to keeping your data locked down. "If privacy matters in your life," the ad says, "it should matter to the phone your life is on."

References to privacy were a constant during Monday's two-hour presentation. The company said it wouldn't know what you bought or where you bought it when you used its new Apple Card, the credit card it introduced at the event. Apple also said Goldman Sachs, one of its partners for the card, will "never share or sell your data to third parties for marketing or advertising." The company's new gaming service, Apple Arcade, can't collect any information about how you play its games without your consent, the company said.

The jabs weren't lost on people watching the presentation.

The potshots at Google also came outside the realm of privacy and data collection. Apple said the games on its Arcade service would be playable offline, unlike Google's Stadia platform announced last week.

The consumer electronics giant also seemed to sass YouTube, which has been under fire lately for a pedophilia scandal and inappropriate content aimed at children. As Apple talked up its own family entertainment offerings, the company touted a "safe space to explore together."

Together, the four Chinese companies make up a third of the world's active smartphones." With China leading the way, many of the countries where non-Apple devices are selling better than iPhones are not known for their overarching concern about consumer privacy, much less laws protecting it.

All of Apple's new service announcements

Even if it didn't say so explicitly, the message was loud and clear: Apple is using privacy to differentiate itself from its rivals. That could be one of the biggest takeaways from Monday's event.

Apple's Showtime event: What to expect and how to watch : What we know so far about Apple's TV series, subscription news service and everything else it could announce at its next launch event on Monday, March 25.

Facebook wants to show it's a force for good amid scandals : The social network updates its tools for blood donations, nonprofits and mentorships.

I’ll make a statement that might be unpopular: Apple shouldn’t promote their privacy stance to schools when they aren’t offering a compelling service that schools can sign up for that replaces G-Suite. iCloud for Work could include hosted email, calendars, and contacts for businesses and schools. 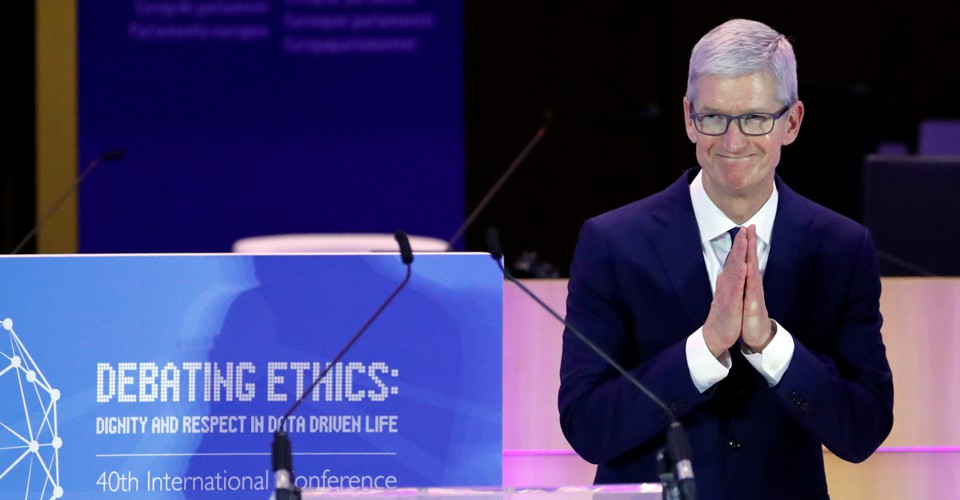