WASHINGTON (Reuters) - A secretive U.S. Drug Enforcement Administration unit is funneling information from intelligence intercepts, wiretaps, informants and a massive database of telephone records to authorities across the nation to help them launch criminal investigations of Americans. Although these cases rarely involve national security issues, documents reviewed by Reuters show that law enforcement agents have been directed to conceal how such investigations truly begin - not only from defense lawyers but also sometimes from prosecutors and judges. The undated documents show that federal agents are trained to “recreate” the investigative trail to effectively cover up where the information originated, a practice that some experts say violates a defendant’s Constitutional right to a fair trial. If defendants don’t know how an investigation began, they cannot know to ask to review potential sources of exculpatory evidence - information that could reveal entrapment, mistakes or biased witnesses. “I have never heard of anything like this at all,” said Nancy Gertner, a Harvard Law School professor who served as a federal judge from 1994 to 2011. Gertner and other legal experts said the program sounds more troubling than recent disclosures that the National Security Agency has been collecting domestic phone records. The NSA effort is geared toward stopping terrorists; the DEA program targets common criminals, primarily drug dealers.

“It is one thing to create special rules for national security,” Gertner said. “Ordinary crime is entirely different. It sounds like they are phonying up investigations.”

The unit of the DEA that distributes the information is called the Special Operations Division, or SOD. Two dozen partner agencies comprise the unit, including the FBI, CIA, NSA, Internal Revenue Service and the Department of Homeland Security. It was created in 1994 to combat Latin American drug cartels and has grown from several dozen employees to several hundred. Today, much of the SOD’s work is classified, and officials asked that its precise location in Virginia not be revealed. The documents reviewed by Reuters are marked “Law Enforcement Sensitive,” a government categorization that is meant to keep them confidential.

“Remember that the utilization of SOD cannot be revealed or discussed in any investigative function,” a document presented to agents reads. The document specifically directs agents to omit the SOD’s involvement from investigative reports, affidavits, discussions with prosecutors and courtroom testimony. Agents are instructed to then use “normal investigative techniques to recreate the information provided by SOD.”

A spokesman with the Department of Justice, which oversees the DEA, declined to comment.

But two senior DEA officials defended the program, and said trying to “recreate” an investigative trail is not only legal but a technique that is used almost daily.

A former federal agent in the northeastern United States who received such tips from SOD described the process. “You’d be told only, ‘Be at a certain truck stop at a certain time and look for a certain vehicle.’ And so we’d alert the state police to find an excuse to stop that vehicle, and then have a drug dog search it,” the agent said.

After an arrest was made, agents then pretended that their investigation began with the traffic stop, not with the SOD tip, the former agent said. The training document reviewed by Reuters refers to this process as “parallel construction.”

The two senior DEA officials, who spoke on behalf of the agency but only on condition of anonymity, said the process is kept secret to protect sources and investigative methods. “Parallel construction is a law enforcement technique we use every day,” one official said. “It’s decades old, a bedrock concept.”

A dozen current or former federal agents interviewed by Reuters confirmed they had used parallel construction during their careers. Most defended the practice; some said they understood why those outside law enforcement might be concerned.

“It’s just like laundering money - you work it backwards to make it clean,” said Finn Selander, a DEA agent from 1991 to 2008 and now a member of a group called Law Enforcement Against Prohibition, which advocates legalizing and regulating narcotics.

Some defense lawyers and former prosecutors said that using “parallel construction” may be legal to establish probable cause for an arrest. But they said employing the practice as a means of disguising how an investigation began may violate pretrial discovery rules by burying evidence that could prove useful to criminal defendants.

A QUESTION OF CONSTITUTIONALITY

“That’s outrageous,” said Tampa attorney James Felman, a vice chairman of the criminal justice section of the American Bar Association. “It strikes me as indefensible.” Lawrence Lustberg, a New Jersey defense lawyer, said any systematic government effort to conceal the circumstances under which cases begin “would not only be alarming but pretty blatantly unconstitutional.” Lustberg and others said the government’s use of the SOD program skirts established court procedures by which judges privately examine sensitive information, such as an informant’s identity or classified evidence, to determine whether the information is relevant to the defense.

According to a report recently released by the Office of Inspector General of the United States Department of Justice, the United States Drug Enforcement Administration (DEA) is continuing to operate its mass surveillance program which collects billions of call detail records of Americans and foreigners every day.

“You can’t game the system,” said former federal prosecutor Henry E. Hockeimer Jr. “You can’t create this subterfuge. These are drug crimes, not national security cases. If you don’t draw the line here, where do you draw it?” Some lawyers say there can be legitimate reasons for not revealing sources. Robert Spelke, a former prosecutor who spent seven years as a senior DEA lawyer, said some sources are classified. But he also said there are few reasons why unclassified evidence should be concealed at trial. “It’s a balancing act, and they’ve doing it this way for years,” Spelke said. “Do I think it’s a good way to do it? No, because now that I’m a defense lawyer, I see how difficult it is to challenge.”

One current federal prosecutor learned how agents were using SOD tips after a drug agent misled him, the prosecutor told Reuters. In a Florida drug case he was handling, the prosecutor said, a DEA agent told him the investigation of a U.S. citizen began with a tip from an informant. When the prosecutor pressed for more information, he said, a DEA supervisor intervened and revealed that the tip had actually come through the SOD and from an NSA intercept.

“I was pissed,” the prosecutor said. “Lying about where the information came from is a bad start if you’re trying to comply with the law because it can lead to all kinds of problems with discovery and candor to the court.” The prosecutor never filed charges in the case because he lost confidence in the investigation, he said.

The administration set no specific standards of proof for issuing subpoenas, and officials often justified data collection using “generic” and “cursory” explanations, the IG found.“The information provided [in subpoena documents] often lacks specificity sufficient to establish the particularized facts or basis for connecting the target number to a drug investigation, even if such review had occurred,” investigators said.

The SOD’s role providing information to agents isn’t itself a secret. It is briefly mentioned by the DEA in budget documents, albeit without any reference to how that information is used or represented when cases go to court.

The DEA has long publicly touted the SOD’s role in multi-jurisdictional and international investigations, connecting agents in separate cities who may be unwittingly investigating the same target and making sure undercover agents don’t accidentally try to arrest each other.

The unit also played a major role in a 2008 DEA sting in Thailand against Russian arms dealer Viktor Bout; he was sentenced in 2011 to 25 years in prison on charges of conspiring to sell weapons to the Colombian rebel group FARC. The SOD also recently coordinated Project Synergy, a crackdown against manufacturers, wholesalers and retailers of synthetic designer drugs that spanned 35 states and resulted in 227 arrests. Since its inception, the SOD’s mandate has expanded to include narco-terrorism, organized crime and gangs. A DEA spokesman declined to comment on the unit’s annual budget. A recent LinkedIn posting on the personal page of a senior SOD official estimated it to be $125 million. Today, the SOD offers at least three services to federal, state and local law enforcement agents: coordinating international investigations such as the Bout case; distributing tips from overseas NSA intercepts, informants, foreign law enforcement partners and domestic wiretaps; and circulating tips from a massive database known as DICE.

The DICE database contains about 1 billion records, the senior DEA officials said. The majority of the records consist of phone log and Internet data gathered legally by the DEA through subpoenas, arrests and search warrants nationwide. Records are kept for about a year and then purged, the DEA officials said.

About 10,000 federal, state and local law enforcement agents have access to the DICE database, records show. They can query it to try to link otherwise disparate clues. Recently, one of the DEA officials said, DICE linked a man who tried to smuggle $100,000 over the U.S. southwest border to a major drug case on the East Coast.

“We use it to connect the dots,” the official said.

Wiretap tips forwarded by the SOD usually come from foreign governments, U.S. intelligence agencies or court-authorized domestic phone recordings. Because warrantless eavesdropping on Americans is illegal, tips from intelligence agencies are generally not forwarded to the SOD until a caller’s citizenship can be verified, according to one senior law enforcement official and one former U.S. military intelligence analyst. “They do a pretty good job of screening, but it can be a struggle to know for sure whether the person on a wiretap is American,” the senior law enforcement official said.

Tips from domestic wiretaps typically occur when agents use information gleaned from a court-ordered wiretap in one case to start a second investigation.

As a practical matter, law enforcement agents said they usually don’t worry that SOD’s involvement will be exposed in court. That’s because most drug-trafficking defendants plead guilty before trial and therefore never request to see the evidence against them. If cases did go to trial, current and former agents said, charges were sometimes dropped to avoid the risk of exposing SOD involvement.

A slide from a presentation about a secretive information-sharing program run by the U.S. Drug Enforcement Administration's Special Operations Division (SOD) is seen in this undated photo. REUTERS/John Shiffman

“It was an amazing tool,” said one recently retired federal agent. “Our big fear was that it wouldn’t stay secret.”

DEA officials said that the SOD process has been reviewed internally. They declined to provide Reuters with a copy of their most recent review.

One is traditional law enforcement DNA databases: Every state and the federal government has enacted legislation identifying whose DNA is subject to government collection and search for crime detection purposes, and each has limited its database to some subset of individuals arrested or convicted of crimes. 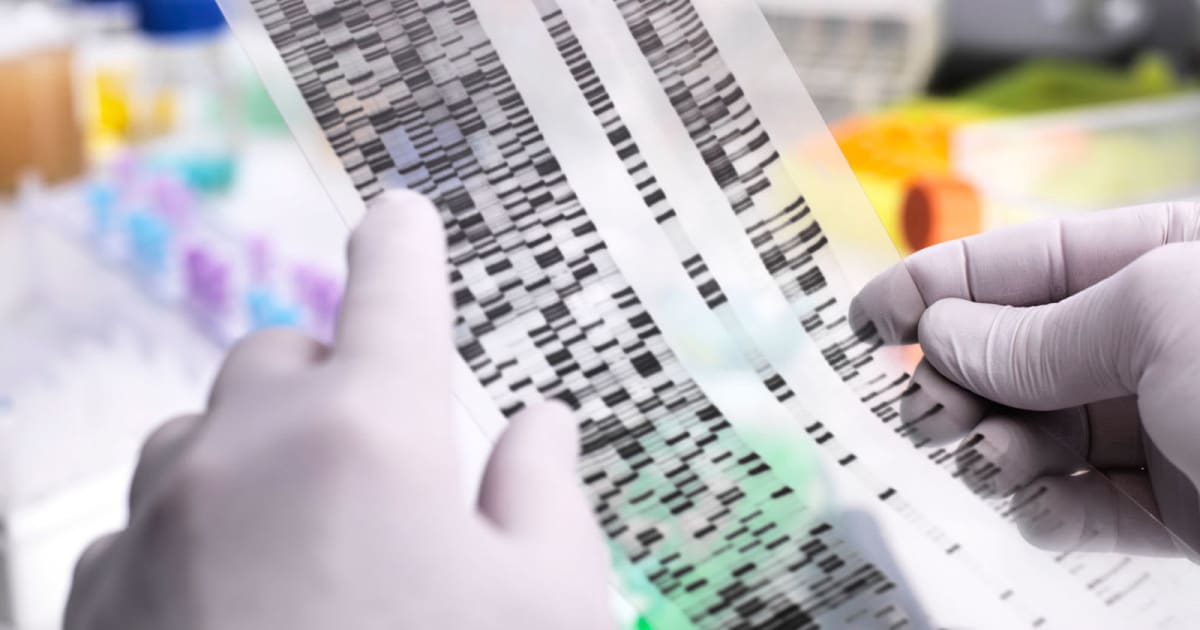