The methods described in three Facebook patent applications use your historical location data — and others’ — to figure out where you’ll go next. 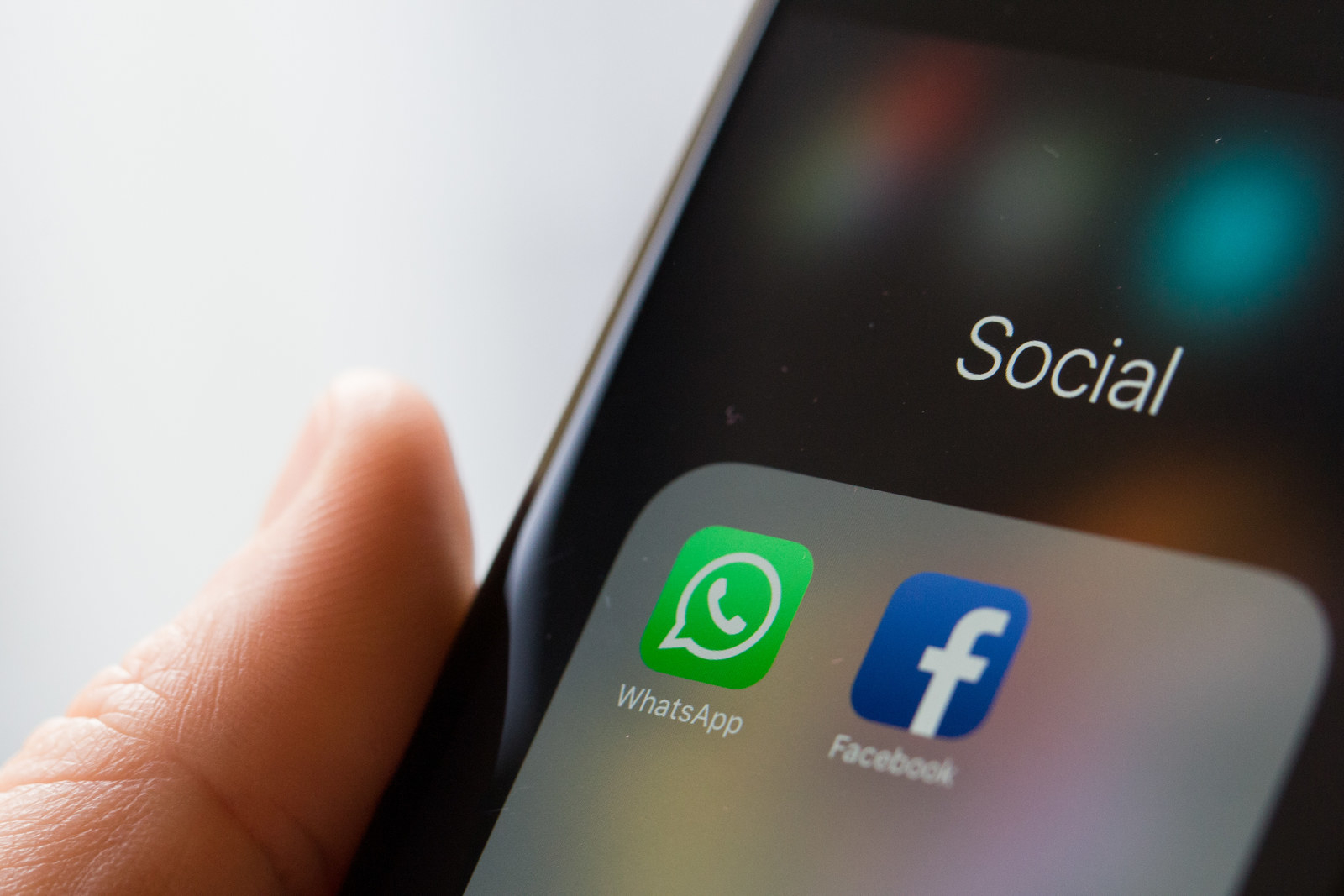 Facebook has filed several patent applications with the US Patent and Trademark Office for technology that uses your location data to predict where you’re going and when you’re going to be offline.

In a statement, Facebook spokesperson Anthony Harrison said, “We often seek patents for technology we never implement, and patent applications — such as this one — should not be taken as an indication of future plans.” While a patent application doesn’t necessarily mean that Facebook plans to implement the technology, it does show the company’s interest in tracking and predicting your locations, an important tool for helping it serve you more effective ads.

A May 30, 2017, Facebook application titled “ Offline Trajectories ” describes a method to predict where you’ll go next based on your location data. The technology described in the patent would calculate a “transition probability based at least in part on previously logged location data associated with a plurality of users who were at the current location.” In other words, the technology could also use the data of other people you know, as well as that of strangers, to make predictions.

If the company could predict when you are about to be in an offline area, Facebook content “may be prefetched so that the user may have access to content during the period where there is a lack of connectivity.” 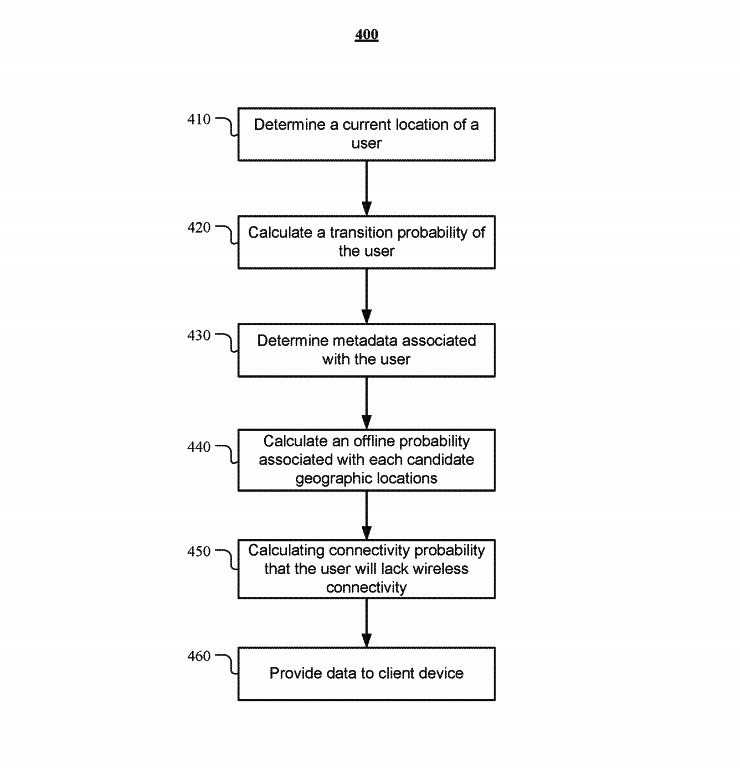 A graph from the "Offline Trajectories" patent showing how the Facebook-developed technology would calculate the probability that a user will be offline based on geographic location prediction. If offline time is predicted, the app would preload News Feed content.

In 2016, Google Maps for Android came under fire for introducing a similar feature called Driving Mode , which guessed the user’s destination, based on current location and web search history. After public backlash, a Google spokesperson clarified that the feature can only predict when you’re going to preprogrammed home and work destinations. Other locations, based on Google searches, for example, will be shown as suggestions.

Another Facebook patent application titled “ Location Prediction Using Wireless Signals on Online Social Networks ” describes how tracking the strength of Wi-Fi, Bluetooth, cellular, and near-field communication (NFC) signals could be used to estimate your current location, in order to anticipate where you will go next.

This “background signal” information is used as an alternative to GPS because, as the patent describes, it may provide “the advantage of more accurately or precisely determining a geographic location of a user.”

The technology could learn the category of your current location (e.g., bar or gym), the time of your visit to the location, the hours that entity is open, and the popular hours of the entity. 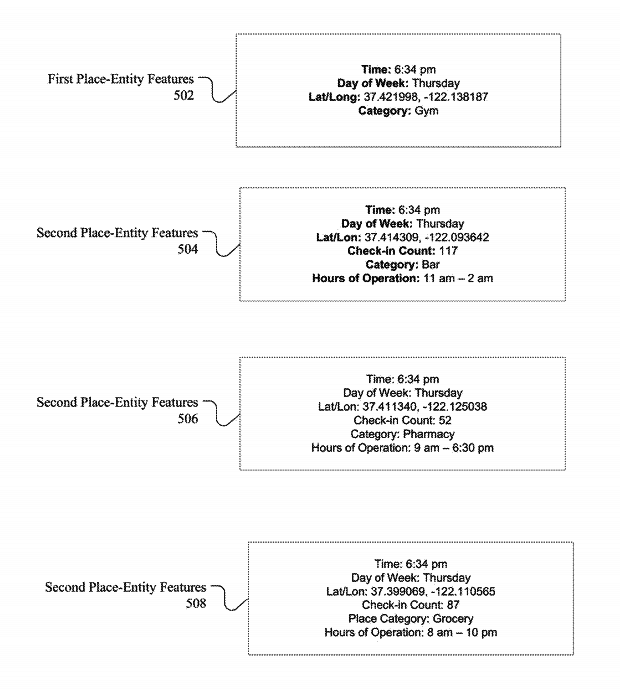 Examples, from a Facebook patent, showing entity location information known by Facebook, including the hours of operation, how many users checked in to that location, and the general category of the entity (e.g., grocery or gym).

For example, in the map below that demonstrates how the tech would work, Facebook would see that you are in geographic location 302 — and it could predict you’d be likely to go to locations 304, 306, and 308 next, based on places you’ve visited before (maybe you’ve gone to Starbucks after visiting Walgreens) or on the travel behavior of other users the same age as you. 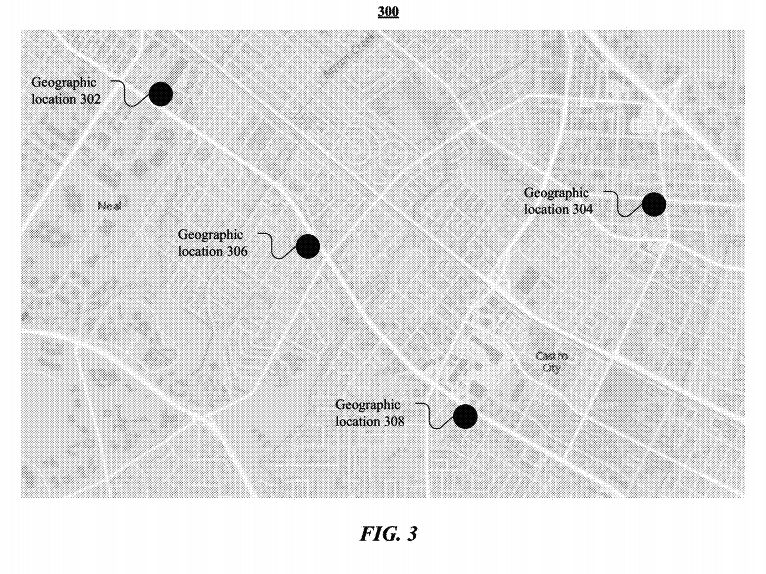 This map demonstrates how the patented Facebook technology would work. Given a user's current location (302), the method can predict where you'd likely go to next (306, 304, or 308).

Yet another Facebook patent application, “ Predicting Locations and Movements of Users Based on Historical Locations for Users of an Online System ,” further details how location data from multiple people would be used to glean location and movement trends and to model location chains. According to the patent application, these could be used for a “variety of applications,” including “advertising to users based on locations and for providing insights into the movements of users.” The technology could even differentiate movement trends among people who live in a city and who are just visiting a city.

In this illustration, user 1 visited locations A, B, then C, while user 2 visited locations B, A, then C, in that order. Facebook’s tech could then infer that these locations are part of a common chain, and create a location “pair” including those three common locations (A, B, and C). 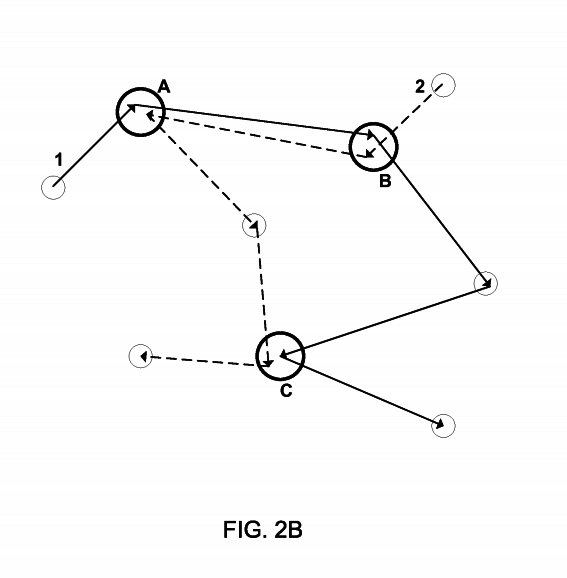 The application describes how if a Facebook user visited one of the locations in the “pair,” they could receive a targeted advertisement or coupon for one of the other two paired locations.

Facebook’s app says it collects your current location data in order to “provide more relevant and personalized experiences” right now, like serving you localized advertising or helping you use its check-in feature, which allows you to post about different businesses you’re visiting. Facebook also continues to release location-centric features, such as Nearby Friends and Live Location in Messenger. As the patent applications reveal, Facebook is also exploring the possibility of using that location data to predict and monetize users' movements over time.

Facebook is already recording information relevant to these applications , including data “about other devices that are nearby or on their network,” “nearby Wi-Fi access points, beacons, and cell towers,” “signal strength,” and “online and offline actions,” from third-party data providers.

Location data is valuable. It could help Facebook prove to businesses that it’s sending them lots of foot traffic, or it could improve Facebook’s ad-targeting mechanism. At the very least, it could give the company a better picture of who you really are, based on the kinds of establishments you visit. If you go to the gym a lot, you’re probably very interested in health and fitness, meaning that you’re more likely to click on ads or join groups related to health and fitness.

Facebook isn’t the only company obsessed with location data. Google ’s suite of apps tracks your movements, data that also helps inform Google’s own advertising platform. A number of other mobile apps — including weather and beauty apps — request your location data, and routinely send that data to marketing and advertising firms without your consent, even though sharing that data is against both Google and Apple’s app store policies. The specificity of location data collection can potentially be dangerous, too: Grindr and other dating apps use your location to help find nearby candidates, but some of them inadvertently expose that location to others.

Giving apps access to your location can be useful. They can give you driving directions with live, detailed traffic data, and surface nearby restaurants or events without requiring you to input your address. But consumers should be aware that their location data — which is tracked and recorded by many different companies — is more precise than they think, and that other sensors, not just GPS, can be used to triangulate their exact whereabouts.

What You Can Do

• If you want to limit the location data you give Facebook, you can turn off location services for the mobile app ( here’s how ) — or, better yet, delete the mobile app from your phone and use Facebook in your mobile web browser. Refrain from adding your location to posts or checking into establishments.

• If you have an iPhone, go to Settings > Privacy > Advertising and enable Limit Ad Tracking. There, you can also reset your advertising identifier, which clears the data associated with your advertising number. You can also opt out of location-based ads by going to Settings > Privacy > Location Services and scrolling all the way down to System Services and disabling Location-based Apple Ads. 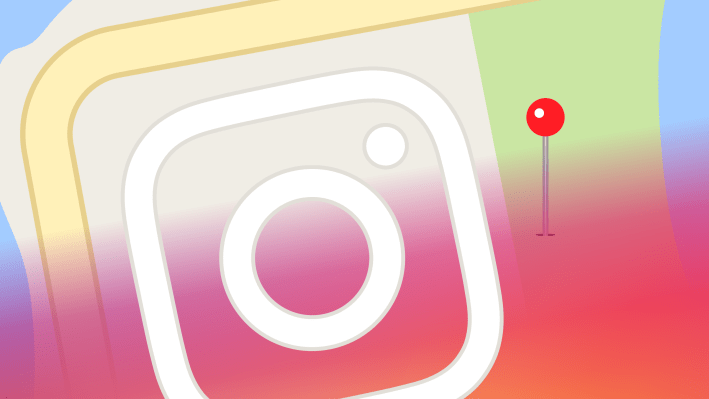