Facebook Inc. wielded user data like a bargaining chip, providing access when that sharing might encourage people to spend more time on the social network — and imposing strict limits on partners in cases where it saw a potential competitive threat, emails show.

A trove of internal correspondence, published online Wednesday by U.K. lawmakers, provides a look into the ways Facebook executives, including Chief Executive Officer Mark Zuckerberg, treated information posted by users like a commodity that could be harnessed in service of business goals. Apps were invited to use Facebook’s network to grow, as long as that increased usage of Facebook. Certain competitors, in a list reviewed by Zuckerberg himself, were not allowed to use Facebook’s tools and data without his personal sign-off.

In early 2013, Twitter Inc. launched the Vine video-sharing service, which drew on a Facebook tool that let Vine users connect to their Facebook friends. Alerted to the possible competitive threat by an engineer who recommended cutting off Vine’s access to Facebook data, Zuckerberg replied succinctly: “Yup, go for it.”

In other cases Zuckerberg eloquently espoused the value of giving software developers more access to user data in hopes that it would result in applications that, in turn, would encourage people to do more on Facebook.

"We’re trying to enable people to share everything they want, and to do it on Facebook," Zuckerberg wrote in a November 2012 email. "Sometimes the best way to enable people to share something is to have a developer build a special purpose app or network for that type of content and to make that app social by having Facebook plug into it. However, that may be good for the world but it’s not good for us unless people also share back to Facebook and that content increases the value of our network."

The emails were released by a committee of U.K. lawmakers investigating social media’s role in the spread of fake news. They provide more insight into how Facebook achieved its dominance of social media, and how it thought about the value of users’ data, which users provide to the company for free. Facebook, which runs a network of more than 2 billion people globally, has been interrogated by regulators about the reaches of its power, and the effect of that control on user privacy, the spread of misinformation, and global elections.

Lawmakers obtained the documents after compelling the founder of U.S. company Six4Three to hand them over during a business trip to London, despite the fact that they were under seal in a California court case.

Facebook said Six4Three “cherrypicked these documents from years ago as part of a lawsuit to force Facebook to share information on friends of the app’s users. The set of documents, by design, tells only one side of the story and omits important context.”

In a blog post Wednesday, Facebook said it will “still stand by the platform changes we made in 2014/2015, which prevented people from sharing their friends’ information with developers,” like those at Six4Three. Facebook said “the facts are clear: we’ve never sold people’s data.”

Damian Collins, head of the committee that released the documents, says the emails show that Facebook shut off access to data required by competing apps and conducted global surveys of the usage of mobile apps by customers possibly without their knowledge. He also said that a change to Facebook’s Android app policy that resulted in call and message data being recorded was deliberately made difficult for users to know about. He explained his rationale for releasing the emails in a tweet:

The emails could increase scrutiny around whether Facebook is a monopoly, one of Facebook’s biggest current political risks. Damien Geradin, a Brussels-based lawyer at Euclid Law, said the refusal of access to Vine data could be seen as a "potential refusal to deal" with rivals, "but you would need to show that Facebook" is essential to users and it is "not clear it is."

Still, members of Parliament will not hesitate to wield a "big stick" to enforce competition rules and taxation, said Claude Moraes, a U.K. lawmaker and member of the European Parliament.

"In the European Parliament, we have repeatedly raised concerns about the manipulation of online data and have made clear that competition law is crucial, to make sure that the dominant players are accountable and that democracy is protected from excessive market power,” Moraes said.

According to one of the documents, Zuckerberg personally reviewed a list of apps made by strategic competitors that were not allowed to use Facebook’s advertising services or services for applications “without Mark level sign-off." In its blog post, Facebook said it had restricted apps built on top of its platform that replicated the company’s own core functionality, but that it will now remove this “out-of-date” policy.

Collins said last week that he would release the emails and that he was free under U.K. law to do so.

Six4Three’s founder, Ted Kramer, had obtained them as part of a legal discovery process in a U.S. lawsuit against Facebook that his company has brought against the social network in California.

Zuckerberg in 2012 underestimated how much giving developers access to data could be a risk.

“I think we leak info to developers, but I just can’t think if any instances where that data has leaked from developer to developer and caused a real issue for us,” he wrote in one of the emails. This year, he had to testify in front of U.S. Congress on one such instance of a developer sharing user data with Cambridge Analytica, the political consultancy.

In one email, dated Feb. 4, 2015, a Facebook engineer displayed some concern about how Facebook’s moves would be perceived by the public. He said a feature of the Android Facebook app that would “continually upload” a user’s call and SMS history would be a “high-risk thing to do from a PR perspective.” A subsequent email suggests users wouldn’t need to be prompted to give permission for this feature to be activated.

That move, combined with one that would track what stores users were entering would lead to a situation where “enterprising journalists dig into what exactly the new update is requesting, then write stories about ‘Facebook uses new Android update to pry into your private life in ever more terrifying ways - reading your call log, tracking you in businesses with beacons, etc.'"

Kramer was ordered by a judge on Friday to surrender his laptop to a forensic expert after admitting he turned over the documents to the British lawmakers, in violation of a U.S. court order.

“What has happened here is unconscionable,” California Superior Court Judge V. Raymond Swope said to Kramer and his attorneys during the hearing.

Facebook wants the laptop to be evaluated to determine what happened in the U.K., to what extent the court order was breached, and how much of its confidential information has been divulged to the committee.

With assistance from Aoife White. The secret Facebook documents have just been published by British Parliament 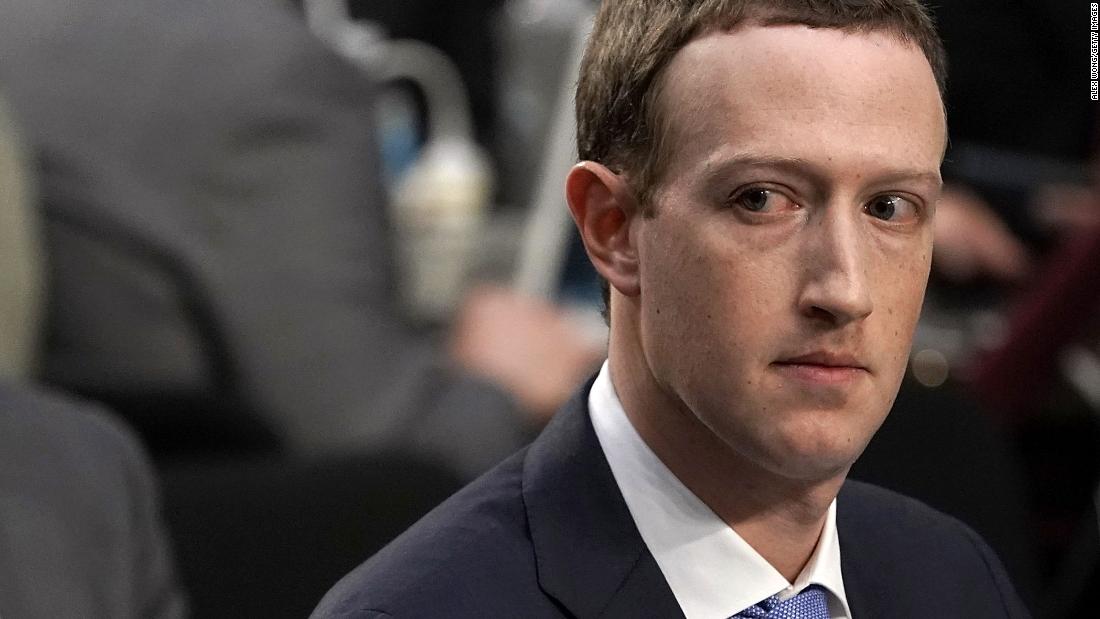