Next month's stable release of Firefox 85 will include the anti-tracking feature networking partitioning to improve user privacy on the Internet. While Firefox is not the first web browser to support network partitioning, that honor goes to Apple and the company's Safari web browser, it is a major improvement as it eliminates tracking techniques that rely on shared cache functionality.Most Internet users are aware of cookies by now and how they may be used to track users across sites. Less known is that other data that is stored locally may also be used to track users. Browsers store all sorts of data besides cookies including HTTP and image files, favicons, fonts and more.

Keep Firefox from leaking your data all over the internet

Among the threats Mozilla's Firefox web browser for Windows and MacOS can protect you from are trackers that gather your browsing history, cryptominers that secretly use your device's resources to mine cryptocurrency and fingerprinters that uniquely identify you based on your device, settings and apps.

Up until now, these caches were set to share files, and it makes sense from a performance point of view. Instead of having to download files such as fonts for each site, the browser could simply load it from the cache if the file had been downloaded from another site in the past. Sites could use the information to determine if a user visited another site in the past.

Starting in Firefox 85, Firefox will partition network resources to eliminate this form of tracking and probing.Google introduced support for partitioning the HTTP cache in Chrome 86 stable to prevent snooping and improve security at the same time.

Mozilla started to push Tracking Protection in Firefox in 2017 and improved the feature recently with new options .Firefox users may select standard, strict and custom to block trackers and cookies (or allow them).From what has been revealed by Microsoft, Microsoft's privacy dashboard comes without custom option.

Performance may be impacted as it is no longer possible to share resources, e.g. the same font. The browser needs to download the file for each top-level domain separately and that takes longer than loading it from cache. The performance impact depends largely on the sites that are visited; if none use the same resources, then no performance hit should be observed when loading sites.

Firefox users who are interested in the feature's development can check out the Meta Bug on the Bugzilla website. Firefox 85 is scheduled to be released on January 26, 2021.

Network partitioning improves a browser's tracking protection by separating the caches that sites may use when they are accessed in the browser. It is a welcome feature, and it appears to be supported by all modern web browsers that are based on Chromium and Firefox. (via ZDNet) 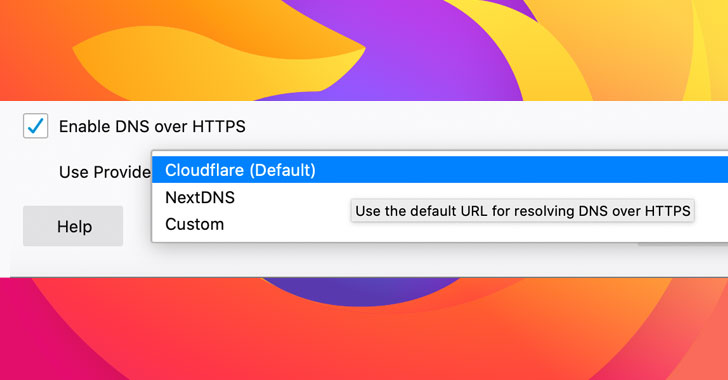 Firefox enables DNS-over-HTTPS by default (with Cloudflare) for all U.S. users

Next month's stable release of Firefox 85 will include the anti-tracking feature networking partitioning to improve user privacy on the Internet.