Jeremy was fired for refusing fingerprinting at work. His case led to an 'extraordinary' unfair dismissal ruling

Photo: One lawyer has described the case as "quite spectacular and very, very unusual". (Getty: krisanapong detraphiphat)

Related Story: Drivers' licences now up for grabs in the murky world of 'uberveillance'

Related Story: Koalas, wood glue and the FBI: Fascinating facts about fingerprinting Map: Australia When Queensland sawmill worker Jeremy Lee refused to give his fingerprints to his employer as part of a new work sign-in, he wasn't just thinking about his privacy.

It was a matter of ownership.

"It's my biometric data. It's not appropriate for them to have it," he tells RN's The Law Report .

For not agreeing to the new system, Lee was sacked.

What followed was a legal battle that delivered the first unfair dismissal decision of its kind in Australia.

"It's off the charts for a self-represented litigant dealing with very sophisticated legal issues to have such an outstanding result. That is a very unusual achievement. 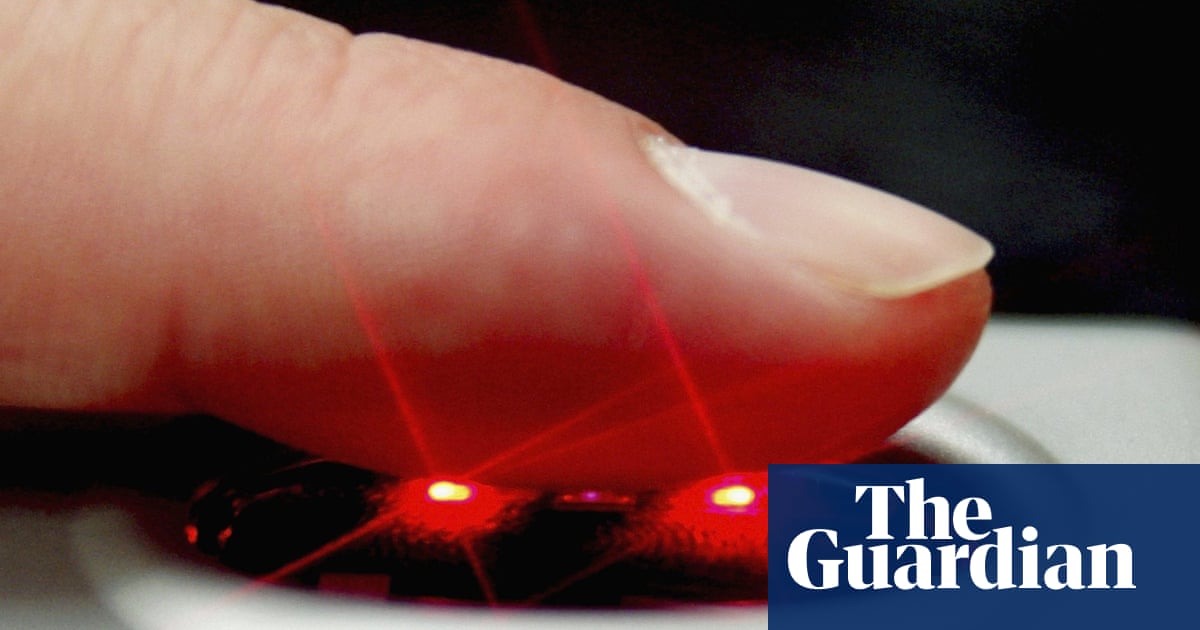 Companies 'can sack workers for refusing to use fingerprint scanners'

"There's not too many Jeremy Lees, in my experience."

He says Lee's case reflects the complicated intersection of privacy and technology — an area in which the law is struggling to keep up pace.

Lee says his employers at Superior Wood "tried to coerce" him to agree to the new fingerprint scanning system for about three months.

But he remained resolute.

Biometric data from your licence?

Your face is becoming the latest weapon in digital surveillance, and the humble driver's licence looms as a game-changer.

Lee says he has no criminal record and has never been in trouble with police. Nor does he object to a drug or alcohol test at work.

But he draws a firm line at handing over his biometric data — data relating to someone's physical or physiological make-up — for fear it could be shared and potentially misused.

"If someone else has control of my biometric data they can use it for their own purposes — purposes that benefit them, not me. That is a misuse," he says.

His employer argued the new scanning system meant they could better track who was or wasn't on the premises, but Lee says there are other means of doing that.

Swipe cards, he argues, could be just as effective as an electronic identity check. His employers disagreed.

In February 2018 Lee was fired for refusing the new sign-in system.

That case, heard by a single commissioner at the Fair Work Commission, was unsuccessful.

The commissioner found the fingerprint scanning system was a reasonable policy; therefore, the sawmill company had a right to require employees to comply with it — and to dismiss those who didn't.

Six Flags Biometric Case Could Turn One of the Toughest Privacy Laws in the U.S. Upside Down

The Biometric Information Privacy Act (BIPA), passed by Illinois lawmakers in 2008, stipulates that a company doing business in the state must obtain explicit written consent from an individual before collecting their biometric identifiers, such as fingerprints.

Lee appealed against the decision, proceeding to argue his case before a full bench of the Fair Work Commission — this time without any legal representation or support.

The legal framework he was operating within in was highly complicated, but his reasoning was anything but.

"I was insisting that my biometric data is mine," he says.

"My objection was that I own it. You cannot take it. If someone wants to get it or take it they have to get my consent.

"Surely if my employer tries to get it and sacks me for refusing to give it, that is illegal. That was my argument."

But it was a different argument that convinced the commission's full bench.

'A fantastic and unusual outcome'

The commission's full bench found there was no valid reason to fire Lee for refusing to provide consent to the company to use his fingerprints and biometric data.

On May 1, 2019, more than a year after Lee was sacked, it was found he had been unfairly dismissed.

Our fingerprints are personalised when our hands touch our mother's womb — and they're similar to a koala's.

"I think it was a fantastic and unusual outcome," Mr Bornstein says.

He says all employees have an obligation to "comply with all lawful and reasonable directions" from an employer.

But the Privacy Act states that when an employer wants to collect sensitive information — and biometric data like fingerprints are classified as such — they must give sufficient notification and allow for a process of informed consent.

Lee's workplace failed on both accounts.

“We are committed to being part of the process and a constructive part of the process,” said Dean Garfield, president of a leading tech industry lobbying group, the Information Technology Industry Council, which is working on proposals for the federal law.

Mr Bornstein says the law "has been shifting very much in favour of employers being able to give employees direction successfully about medical information [and] other information, making greater and greater incursions into their employees' lives".

"[Lee's] is a rare case, which actually says 'no, what you did was not right' ... and the employee actually had a win," MrBornstein says.

He says the win highlights the increasingly fraught intersection of privacy, technology and regulation.

"There's a huge issue more broadly in our society as to whether people's privacy protections are being maintained with the rapid pace of technological change," Mr Bornstein says.

"We're seeing employees more closely regulated than ever before — on a 24/7 basis.

"There's no doubt regulation is lagging well behind the development of technology."

Who really owns our biometric data?

Lee is proud of his win, but his case has left him disappointed too.

While the law declared him unfairly dismissed, his case didn't set a legal precedent — as he'd hoped it would — about the ownership of biometric data.

But Mr Bornstein says the law has never recognised biometric information as property and — precedent or not — Lee's win is remarkable.

"What he's achieved is quite spectacular and very, very unusual," he says.

Mr Borstein says the issue of whether biometric information is property is "a philosophical debate".

"Ultimately, is our personal information, is our fingerprint data, is the image of our face, property? In some ways it's a legal debate [but] I think it is an even broader argument that's more philosophical in nature," he says.

"So it was, I think, a fantastic and unusual outcome to do this on your own, from first tier up to a full bench, and be successful.

"It's an amazing achievement." 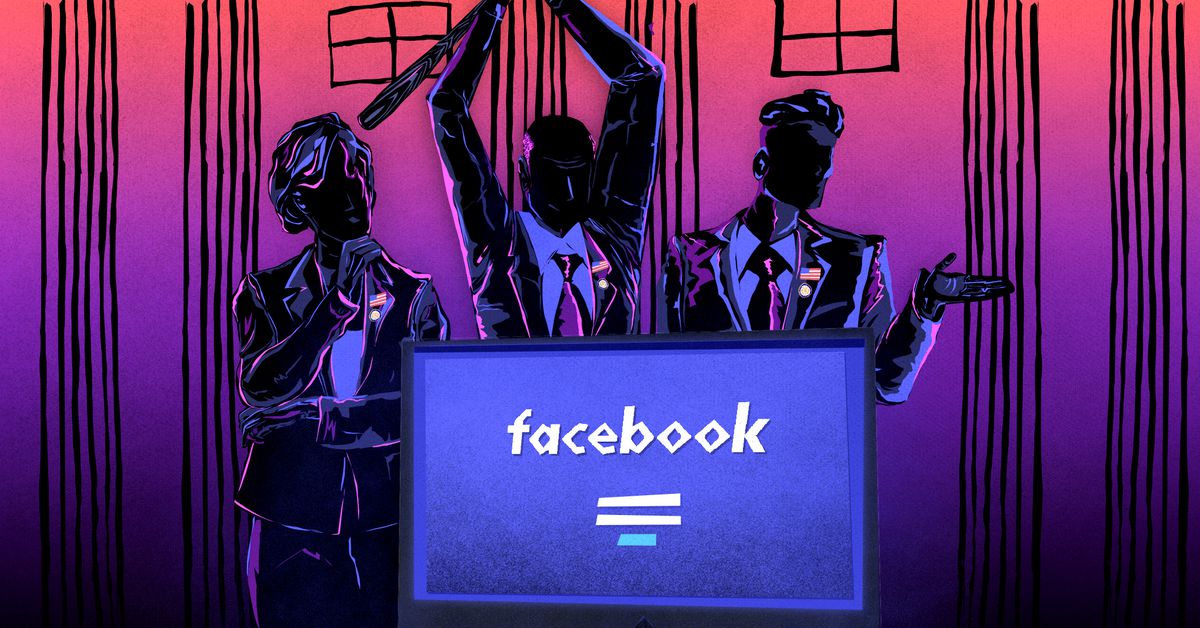