Civil liberties groups are warning of a major threat to online freedoms and First Amendment rights if a leaked draft of a Trump administration edict—dubbed by critics as a "Censor the Internet" executive order that would give powerful federal agencies far-reaching powers to pick and choose which kind of Internet material is and is not acceptable—is allowed to go into effect. "If these reports are a trial balloon from the White House, then it's time to pop it." —Chris Lewis, Public KnowledgeAccording to CNN, which obtained a copy of the draft, the new rule "calls for the FCC to develop new regulations clarifying how and when the law protects social media websites when they decide to remove or suppress content on their platforms. Although still in its early stages and subject to change, the Trump administration's draft order also calls for the Federal Trade Commission to take those new policies into account when it investigates or files lawsuits against misbehaving companies." While Politico was the first to report how the draft was being circulated by the White House, CNN notes that if put into effect, "the order would reflect a significant escalation by President Trump in his frequent attacks against social media companies over an alleged but unproven systemic bias against conservatives by technology platforms. And it could lead to a significant reinterpretation of a law that, its authors have insisted, was meant to give tech companies broad freedom to handle content as they see fit." 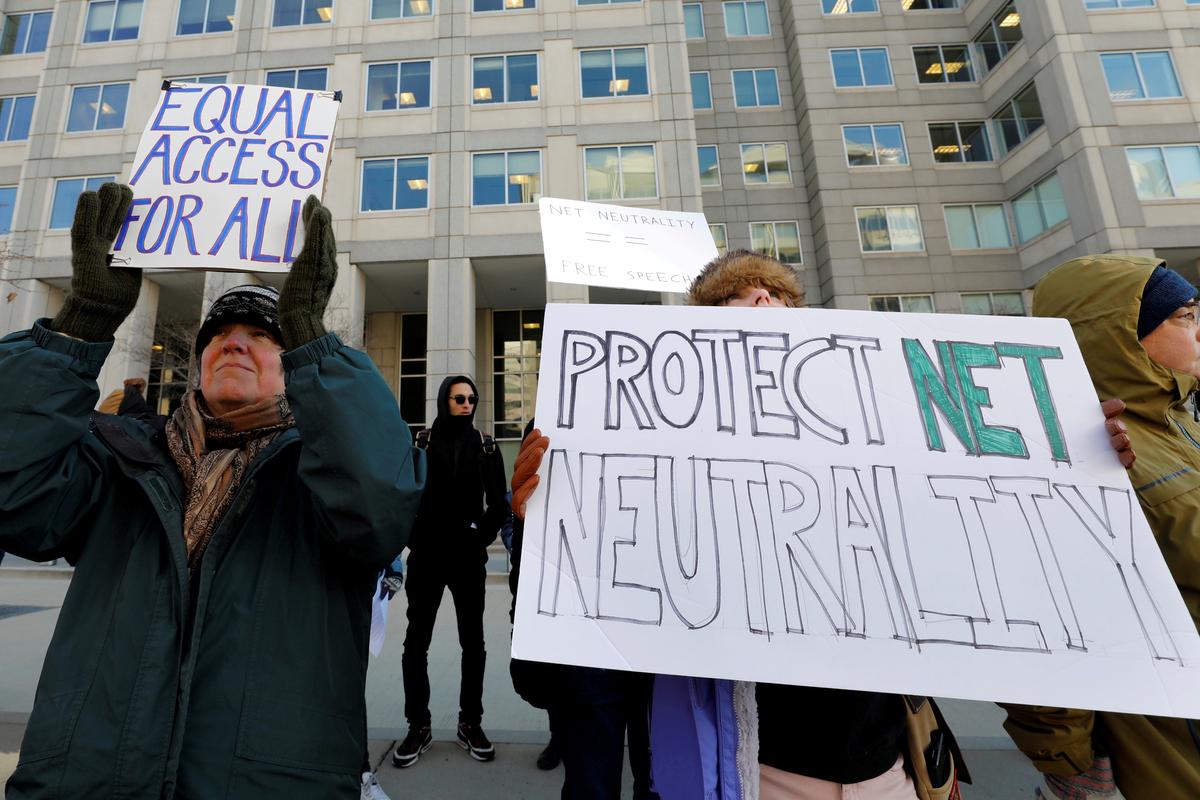 Following reporting on the leaked draft, free speech and online advocacy groups raised alarm about the troubling and far-reaching implications of the Trump plan if it was put into effect by executive decree.

The ██████ White House just ██████ leaked a draft executive order ██████ that would ██████ give the government the power ██████ to censor the Internet. █████████ We have to stop it before it's ██████. https://t.co/mQCoL86ifA — Fight for the Future (@fightfortheftr)

"It's hard to put into words how mind bogglingly absurd this executive order is," said Evan Greer, deputy director of Fight for the Future, in a tweet. "In the name of defending free speech it would allow mass government censorship of online content. In practice, it means whichever party is in power can decide what speech is allowed on the internet." 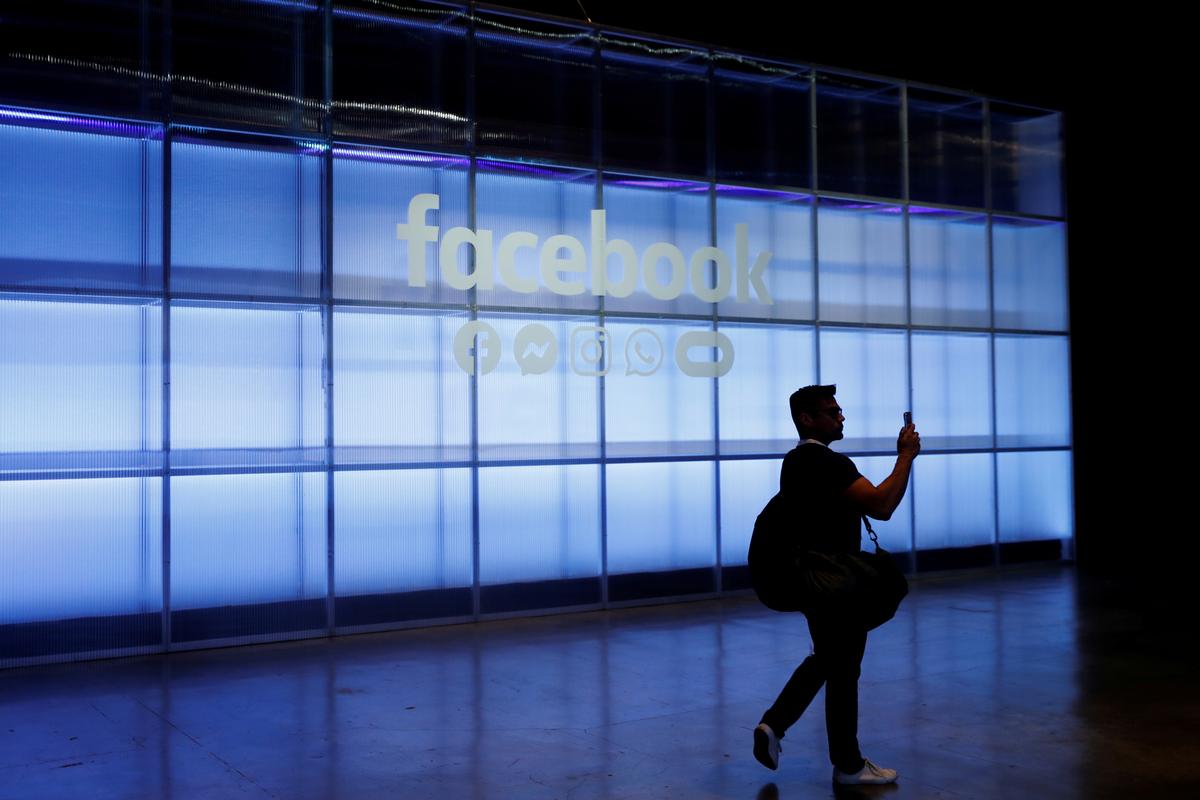 Exclusive: In a world first, Facebook to give data on hate speech suspects to French courts

PEN America, which defends the free expression for writers, journalists, and others, warned that any executive order based on this draft rule would be an unconstitutional "anti-American edict."

If this accurately reflects resulting EO, it's an anti-American edict that would empower FCC & FTC to be viewpoint-based arbiters of online speech. Thankfully, 1st Amendment forbids that. It's regrettable that this Administration doesn't seem to know that. https://t.co/uKNqE6UKD4 — PEN America (@PENamerica)

As detailed in an action alert put out by Fight for the Future over the weekend:

[The] leaked documents show that the Trump administration is drafting an executive order that, if upheld by the courts, could essentially end free speech on the Internet. The draft order would put the FTC and the FCC, headed by its notoriously corrupt chairman Ajit Pai, in charge of monitoring and policing online speech on social media platforms, online forums, and more. It would give these bureaucratic government agencies unprecedented control over how Internet platforms moderate speech by allowing them to revoke the essential protections Congress laid out in Section 230 of the Communications Decency Act (CDA). CDA 230 is the basic law that makes it possible for online platforms to let users post our own content, and to make basic decisions about what types of content they as private entities want to host. Every meme, every social media post, every blog and user-created video on the Internet has been made possible by this crucial free speech protection.

In practice, this executive order would mean that whichever political party is in power could dictate what speech is allowed on the Internet. If the government doesn't like the way a private company is moderating content, they can shut their entire website down.

The Save the Internet Act would lock into law the protections for net neutrality that came in the 2015 Open Internet Order and require the FCC to take action when ISPs give unfair preferential treatment to certain types of content or content sources.

Get our best delivered to your inbox.

"These leaks about a potential Executive Order from the White House are troubling on many levels, from the order's potential to violate the First Amendment, to its apparent disregard for the independence of agencies like the FCC and the FTC, to its intent to unilaterally limit Section 230 which promotes moderated online communities free of hate speech and misinformation," said Chris Lewis, president and CEO of Public Knowledge. "If these reports are a trial balloon from the White House," Lewis added, "then it's time to pop it." 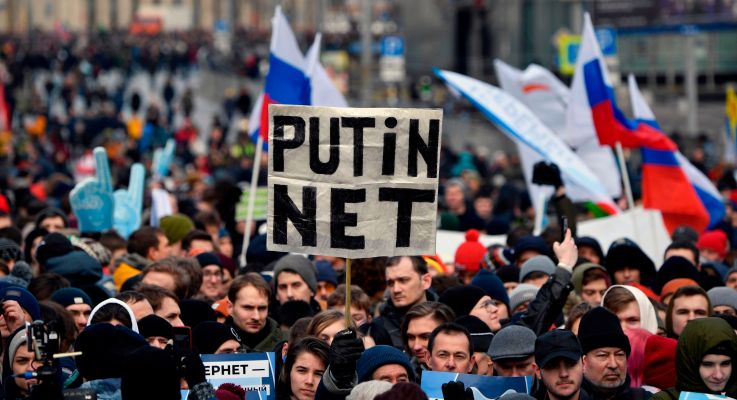 While the Trump administration has tried to argue the new order is a tool to keep web platforms from censoring online speech, Fight for the Future warns "this plan would create terrifying new censorship powers for the government to do just that."

While Fight for the Future acknowledged the serious and legitimate concerns about the behavior and outsized power of the major tech giants, it said the draft rule is a simply unacceptable way to address those issues:

Look, we're also concerned about the growing power that mega-platforms like Facebook and Twitter have to control online speech. But this draft Executive Order would make that situation SO much worse, by opening a pandora's box of government censorship.https://t.co/mQCoL86ifA

— Fight for the Future (@fightfortheftr)

Why an internet regulator is a bad idea

Despite loud and continued claims from right-wing forces that platforms like Facebook and Twitter are biased against them, Public Knowledge's Lewis said the new White House proposal is yet another reason to push back against this unfounded mantra that Trump himself has helped proliferate. "Political bias by digital platforms remains unproven. In fact, an independent study by The Economist points towards search platforms having a bias towards virality and attention, not political ideology," said Lewis. "This matches reports from books like Tim Wu's "The Attention Merchants" and others that study social media addiction. It is this sort of algorithmic bias towards virality that foreign adversaries use to sow disinformation and mistrust in our country."

'Save the Internet Act of 2019' Aims to Restore Net Neutrality

Given how much power the proposed would place in the hands of the FCC and FTC, Lewis said it is crucial for the heads of those agencies—including FCC chair Ajit Pai, a former telecom industry lobbyist and Trump appointee—to come forward and make clear their commitment to First Amendment protections.

"It is all the more important to hear from FCC commissioners given Chairman Pai's strong condemnation of public positions taken by past administrations on net neutrality violating the independence of the FCC," said Lewis. "If these reports are true, this Executive Order serves as a direct order to the FCC that if left unchallenged, could threaten the independence of these agencies altogether."

As part of its effort to halt such an executive order in its track, Fight for the Future people urged people—"regardless of your politics"—to oppose the measure.

"Regardless of how you feel about the president," the group said, "this is a terrible idea that will have the exact opposite impact of its stated purpose of protecting free speech." 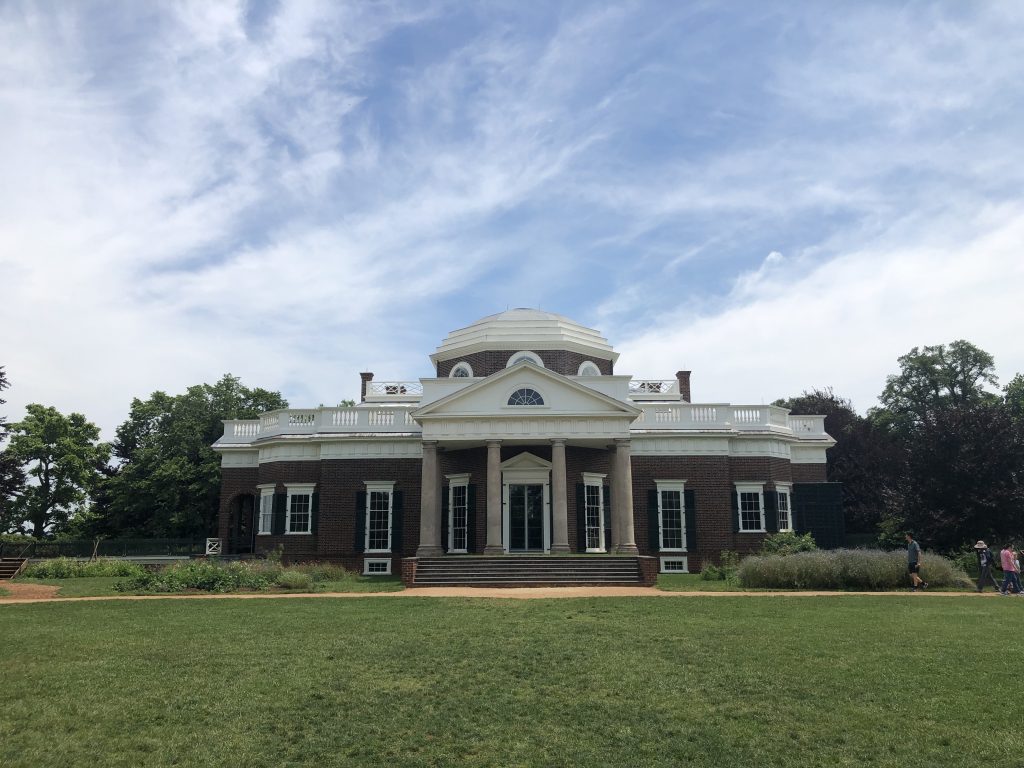 The Biggest Lies We Heard About Net Neutrality This Week 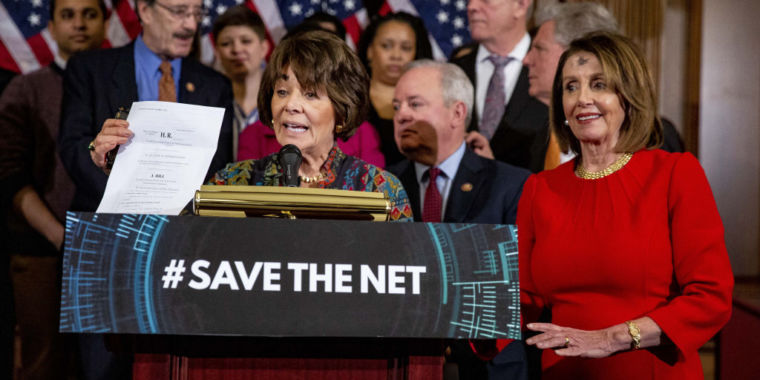