Mozilla is looking for a more efficient way of integrating Tor into Firefox, and the organization is willing to throw money at the problem.

A better Tor integration is one of the key points that Mozilla is willing to fund via its Research Grants 2019H1 program that the organization announced last month.

This program has been going on for quite a while and is how Mozilla has paid the bills for the development of new Firefox features in the past.

Companies, individuals, and academics can apply to the program and get funding for one of the 12 research topics Mozilla is interested in addressing.

A better way to use Tor with Firefox

One of these 12 topics is "Privacy & Security for Firefox," where Mozilla said it is looking for a more efficient way of integrating Tor into Firefox.

Currently, Tor can work with Firefox --as the Tor Browser stands as evidence-- but this integration slows down Firefox.

"Enabling a large number of additional users to make use of the Tor network requires solving for inefficiencies currently present in Tor so as to make the protocol optimal to deploy at scale," Mozilla said.

Mozilla Research Call: Tune up Tor for Integration and Scale

Since the 2018 research topics blog post, we posted additional material discussing the need for frameworks to accurately measure side channels in current Tor versus protocol proposals providing congestion signaling of various kinds.

"Academic research is just getting started with regards to investigating alternative protocol architectures and route selection protocols, such as Tor-over-QUIC, employing DTLS, and Walking Onions.

"What alternative protocol architectures and route selection protocols would offer acceptable gains in Tor performance? And would they preserve Tor properties? Is it truly possible to deploy Tor at scale? And what would the full integration of Tor and Firefox look like?"

For this, Mozilla is willing to provide research grants that will help discover a better way of integrating Tor into Firefox without the current performance losses. 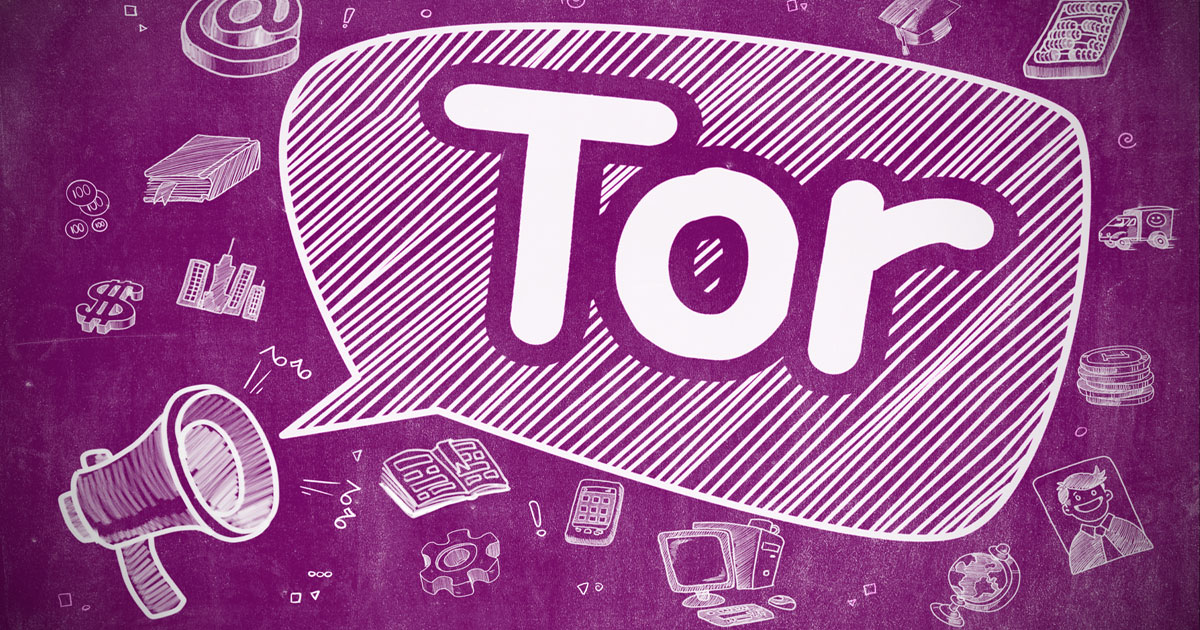 What is Tor? A Beginner’s Guide

Any work on this front will eventually make its way into a new Firefox browsing mode named Super Private Browsing (SPB) that the browser maker is currently working on.

If Firefox gets a Tor-protected Private Browsing mode, it will be the second major browser to do so --the first being Brave.

Ironically, even if Brave was founded by Brendan Eich, one of Mozilla's former CEOs, Mozilla can't use anything from Brave's Tor integration, as Brave runs on Chromium --the same platform on which Google Chrome has been built.

On social media and in a blog post today, the Tor Project was more than ecstatic about Mozilla's upcoming research grant.

Firefox users will first need to visit the about:config page, enter " privacy.resistFingerprinting " in the search box, and toggle the browser's anti-fingerprinting features to " true ." Image: ZDNet Firefox's letterboxing support doesn't only work when resizing a browser window but also works when users are maximizing the browser window, or entering in fullscreen mode.

The fact that Mozilla is looking to finally embed Tor into Firefox in one capacity or another isn't a surprise. Since 2016, Firefox engineers have been porting privacy features first tested in the Tor Browser back into Firefox via an engineering project called the Tor Uplift.

Features like Firefox's First-Party Isolation (FPI) and several anti-fingerprinting protections [1 , 2, 3, 4] have originated from the Tor Uplift project, and inherently the Tor Browser.

Porting the actual Tor software and Onion protocol into Firefox is what all users have wanted all this time, but a task that isn't as easy to pull off, especially when factoring in the multitude of platforms it needs to work on, and at the scale of Firefox's userbase --estimated at over 100 million users.

Tor Is Easier Than Ever. Time to Give It a Try 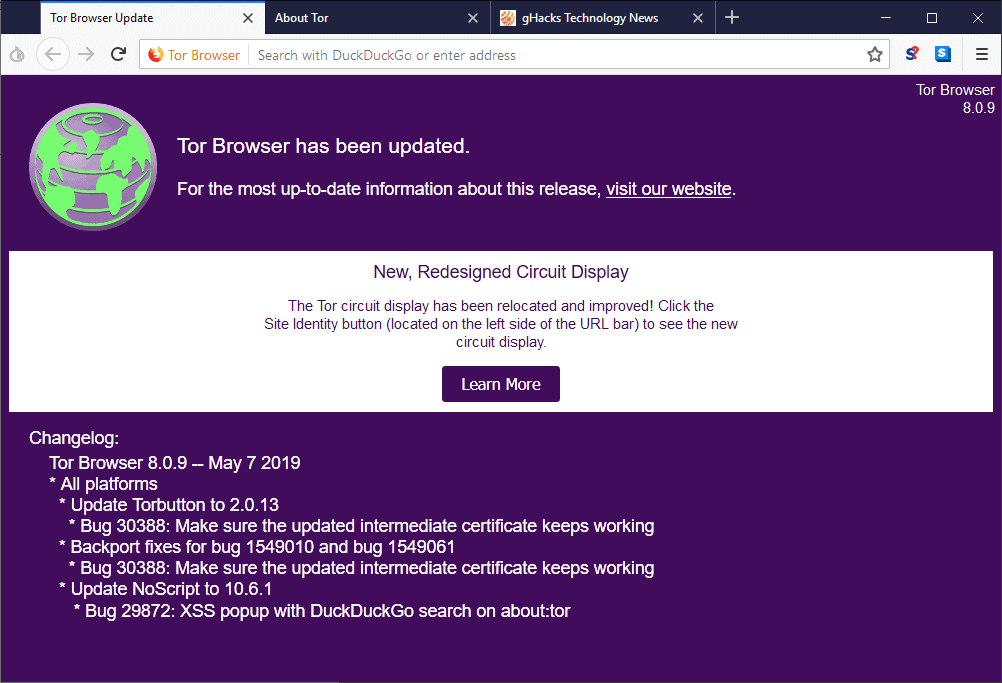 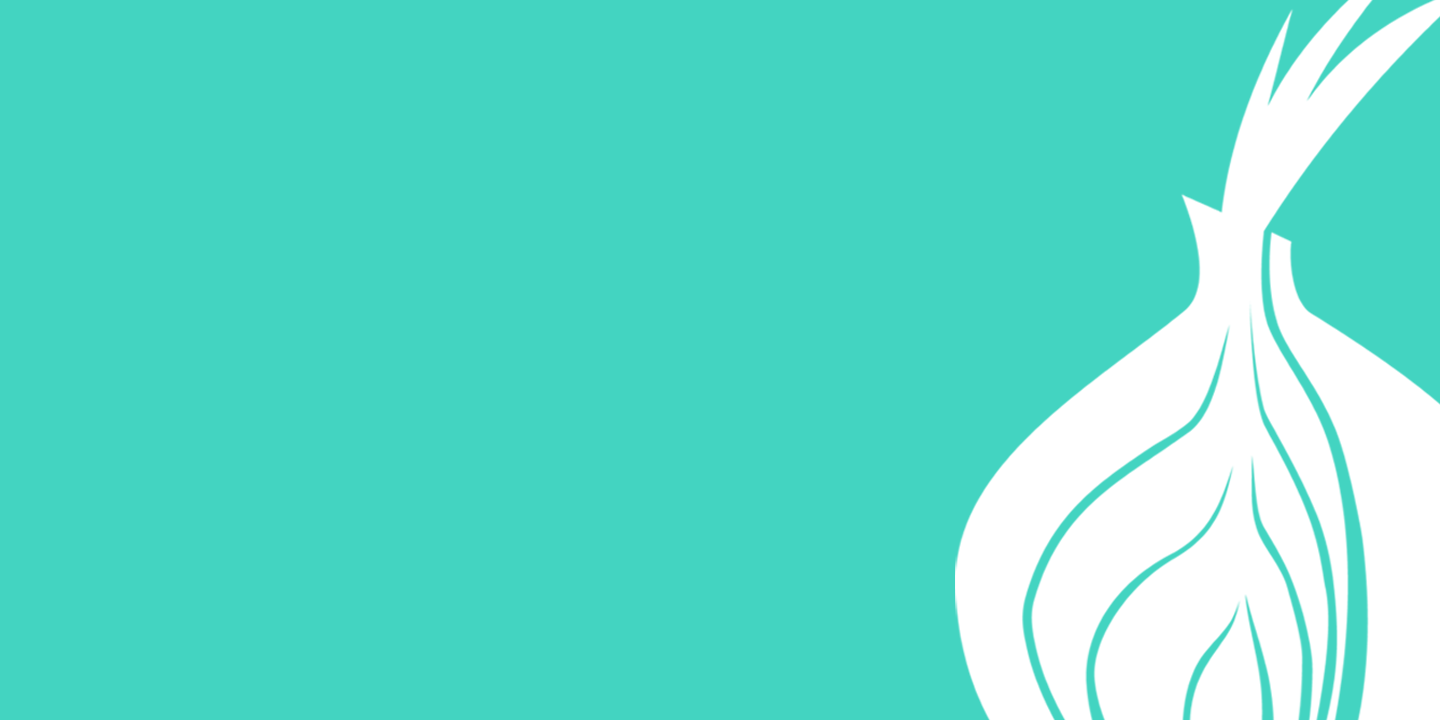 Strength in Numbers: The Final Count Is In

Tor Browser 8.0.4 contains updates to Tor (0.3.4.9), OpenSSL (1.0.2q) and other bundle components. setting back the sandboxing level to 5 on Windows (the Firefox default), after working around some Tor Launcher interference causing a broken Tor Browser experience. 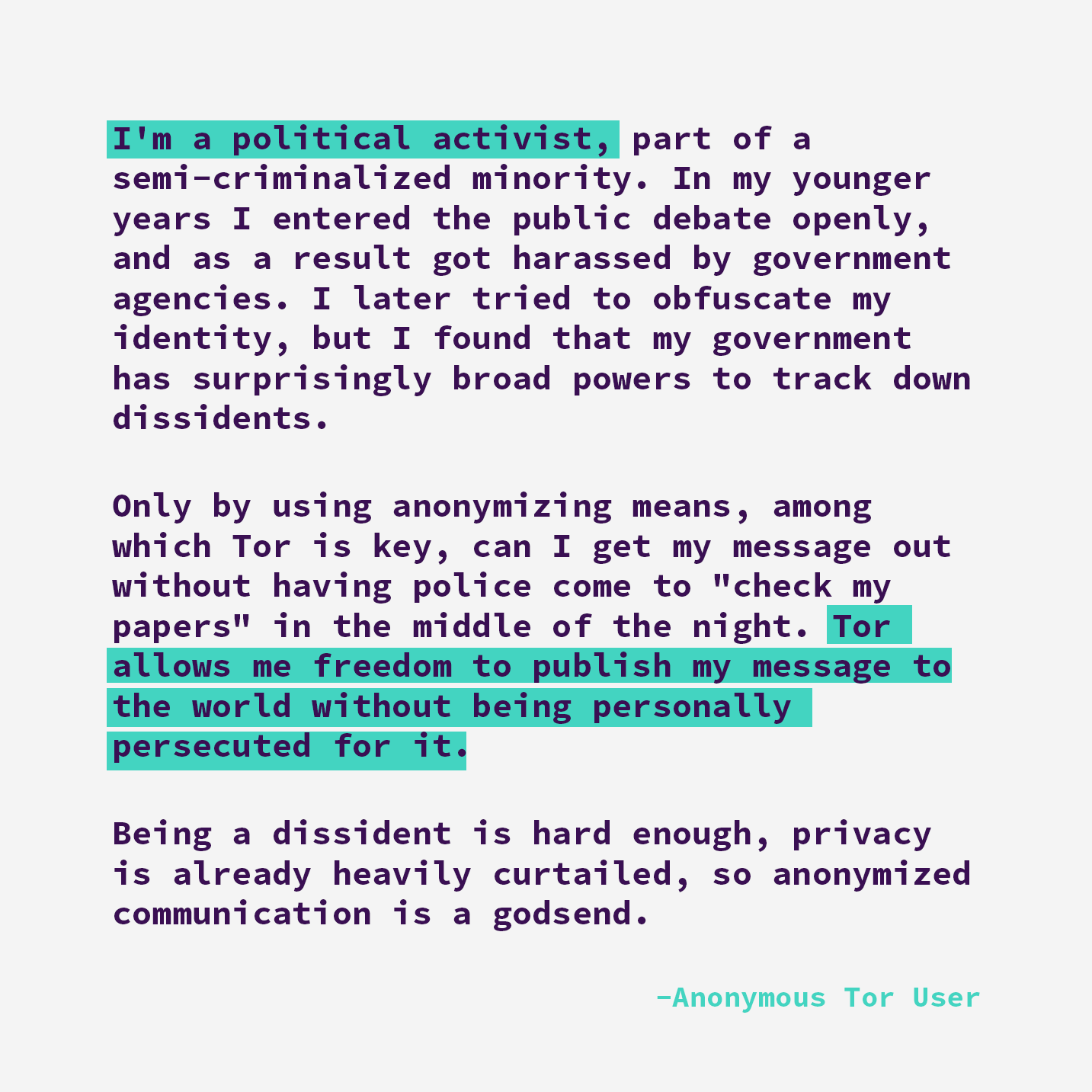 How Has Tor Helped You? Send Us Your Story.