Orlando, Florida, law enforcement is testing technology developed by Amazon, Inc. to keep the cities residents under constant surveillance, according to a story broken by Buzzfeed.

The documents obtained by Buzzfeed reveal:

Amazon marketed its facial recognition tools to Orlando’s police department, providing tens of thousands of dollars of technology to the city at no cost, and shielding the Rekognition pilot with a mutual nondisclosure agreement that kept its details out of the public eye. More broadly, they reveal the accelerated pace at which law enforcement is embracing facial recognition tools with limited training and little to no oversight from regulators or the public.

"Providing customers with an opportunity to test technology with free credits is a common practice in the industry and something we offer to many of our customers with various AWS services," an Amazon Web Services spokesperson said in a statement.

"Talking to organizations about products and new features under a non-disclosure agreement is also something we do frequently with many of our customers for the purposes of protecting intellectual property and competitive information. We continue to support our customers in the responsible use of the technology which includes providing publicly available best practices and documentation as well as ongoing guidance from our machine learning experts, all of which is standard for customer engagements.”

In other words, using Amazon’s facial recognition technology allows police and other law enforcement agencies to conduct dragnet surveillance in real-time without submitting the use of those surveillance apparatuses to the demands of the law, state or federal.

With the freedom (watch out for that puddle of irony) that the public-private partnership with Amazon provides police, there are many questions critical to the protection of civil liberties that will go unanswered. Buzzfeed mentions several:

whether the system learns or otherwise improves from the video it ingests; whether Amazon provided Orlando law enforcement with hands-on training to help them understand how to use and interpret Rekognition (apart from emailed guidance and publicly available documentation); and how, exactly, the system processes and disregards faces that are not those of “persons of interest.”

While Orlando has not yet installed the Rekognition software, the city’s testing of the technology makes it clear that the manner that such a surveillance system would be used is being explored.

First, the cameras equipped with Rekognition could record faces in real-time and notify local police of any “persons of interest” that the cameras have spotted and that, after cross-reference with national databases of images captured by other facial recognition systems in use across the country, should be detained by police.

Next, the cameras potentially would locate and upload the faces of millions of Americans who’ve done nothing to merit the recording and storing of their biometric data to any database, much less one maintained by law enforcement.

On that subject, it’s instructive to remember the danger of local law enforcement becoming increasingly financially dependent on the federal government, specifically the Department of Homeland Security through the latter’s Fusion Center program.

As The New American has reported on many times, there is a fundamental difference between independent local police departments beholden to the local communities they are entrusted to protect and serve, and a nationalized police force beholden to the central government in Washington. Moreover, federal aid leads to federal control, and the grants offered to local police by the Department of Homeland Security, in exchange for the installation of “Fusion Centers” within their jurisdictions, are undermining the independence of local police and facilitating the creation of outposts of the federal intelligence apparatus.

In order to achieve their ultimate aim, the globalists demand that DHS or some other federal agency take control of the personnel decisions currently made by local police chiefs and county sheriffs. “As the threat grows more localized,” a DHS report claims, “the federal government’s need to train, and even staff, local agencies, such as major city police departments, will grow.” Put another way: The federal government will run your local police department and sheriff’s office.

In May, police Chief John Mina asserted that the technology was only being used in the limited pilot inside police headquarters. “It’s all internal,” said Mina. “We’re not tracking citizens.”

“Amazon has a duty to ensure there are strong safeguards in place against misuse."

A day later, Mina walked back that statement, admitting there were another three Rekognition-enabled video streams surveying downtown Orlando. He added that the city was “a long way” from tracking real persons of interest in police investigations and that the Orlando Police Department “would never use this technology to track random citizens, immigrants, political activists, or certainly, people of color.”

To Georgetown Law’s Garvie, Mina’s pledge was “encouraging,” though without a written policy and regulatory framework, she said, it “means essentially nothing.”

“In my view, law-enforcement agencies should be careful not to deploy facial recognition technology without clear policies for how it will be used that are shaped by public input,” Sen. Ron Wyden, an Oregon Democrat, told BuzzFeed News. “For its part, Amazon has a duty to ensure there are strong safeguards in place against misuse. Facial recognition technology is too powerful to simply be sold to anyone and everyone, regardless of their knowledge or intent.”

During that same press conference, Mina was asked whether raw video feeds from the eight pilot cameras are sent to Amazon servers. “I’m not sure,” the chief said at the time. But through its FOIA request, BuzzFeed News obtained a chart that detailed the Orlando Police Department’s workflow process for Amazon Rekognition; it shows the raw video feed is sent to Amazon servers for processing.

Whether it’s Amazon or some other technological titan, the sort of surveillance symbiosis as currently contracted by Amazon and the city of Orlando spells serious civil liberty liabilities when one of the world’s largest, wealthiest, and most diverse technology companies is the supplier of software to municipal governments that will give it the power to put every person within their jurisdictions within the range of their virtual vision.

The system backing the GovCloud database is, as reported by NexGov, the same as is found “in data centers owned by Facebook, Amazon or other industry titans.”

Nothing could go wrong with thousands of technicians at Facebook and Amazon having years of experience with the platform being used by the NSA to store all the electronic data it collects in its global dragnet.

Regarding this less-than-reassuring public-private partnership, NexGov reports: “IC GovCloud is one of two major cloud initiatives across the IC. Four years ago, the CIA awarded a $600 million contract to Amazon Web Services to develop a commercial cloud environment for the IC agencies. Today, the Amazon-developed C2S provides utility computing services to the IC.”

So, a law-abiding, unsuspecting visitor to Orlando may soon have the biometric dimensions of his face captured and uploaded in real-time to local police database, who share it with the federal Department of Homeland Security and other states, and that data is recorded by the same company that constructed the backbone of the NSA’s new cloud-based surveillance storage system.

One last thought: given that Amazon is giving the Rekognition technology to Orlando free of charge: what will the super-savvy Jeff Bezos, CEO and Founder of Amazon, expect to get in return for his investment in the city’s surveillance infrastructure? 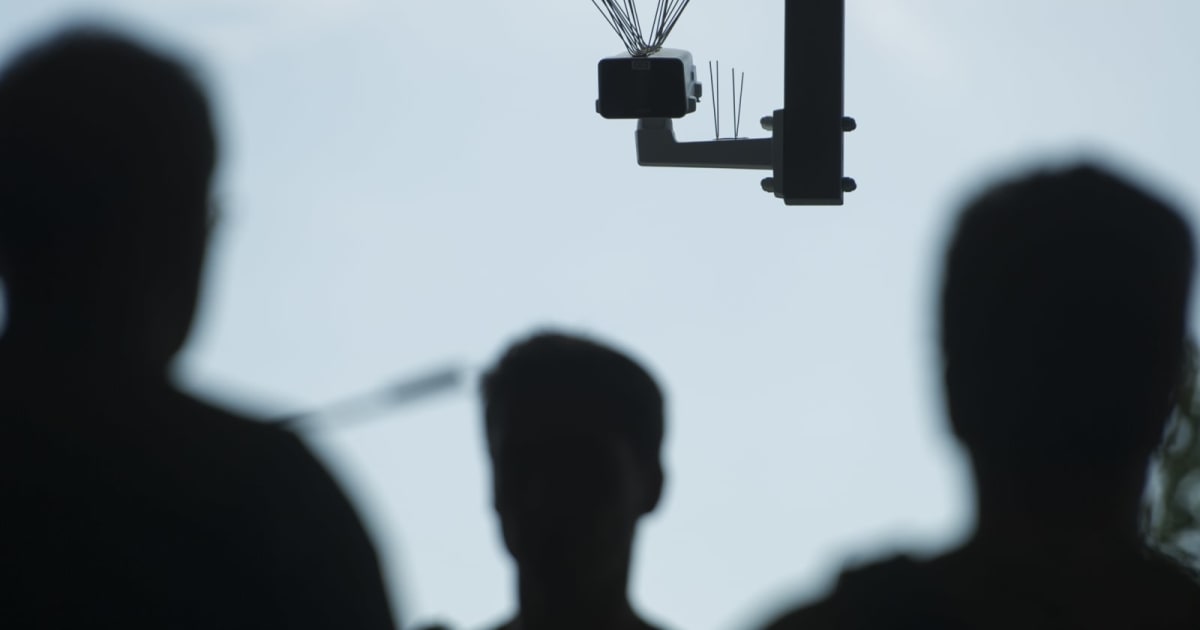