A new super-database being built for the police represents a “grave” risk to privacy, a leading human rights group has said.

Liberty claims the government is glossing over concerns that the database, the largest built for British law enforcement, threatens civil liberties. The group fears it gives massive power to the state at the expense of millions of Britons.

The Home Office has had consultation meetings with groups and experts concerned about privacy ahead of the super-database becoming operational later this year. Liberty said it has quit them in protest, damaging government hopes of neutralising civil liberties concerns.

Liberty said in one meeting it was told the new database would include information the government and the police have no legal basis to hold but will do so anyway.

On to these will be added other databases, so the new one will be much more powerful.

The new database will also include sensitive information on victims, as well as those who have been cleared of wrongdoing. The government accepts that large amounts of the data will have nothing to do with crime. 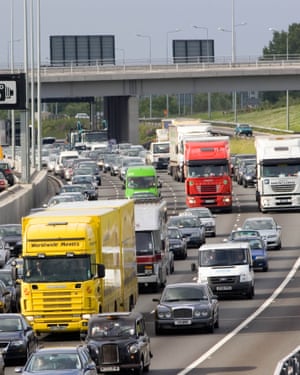 Home Office documents say it will allow users to conduct a “Google-type” search on those they are inquiring about and bring up a wealth of information.

The government says other bodies could gain access such as the Border Force, which deals with immigration, tax inspectors and customs, as well as government departments and credit reference agencies if they can show there is a need.

Liberty has said it will boycott the Home Office’s meetings because it fears they are a sham and that its continued participation would allow the government to claim it is taking civil liberty concerns into account, when the opposite is true.

Liberty told the Home Office of its decision on Thursday.

Hannah Couchman, of Liberty, said: “Having enormous amounts of our personal information held on this super-database represents a grave threat to our privacy. While the collection of a few pieces of personal data can seem innocuous, combining it with other information can create an intrusive personal profile.

“In the UK, we have a long-held principle of policing by consent. We must be able to trust the police to protect our privacy and our fundamental rights and the Home Office must take seriously the threats this super-database raises.”

In July, the Home Office published its own assessment of how the super-database will affect privacy.

Police use of technology and data has been haphazard. Supporters say the super-database will allow law enforcement to harness the power of existing and new types of data to better fight crime.

It is hoped that officers can gain access while out on patrol, which in turn brings concerns over how secure it will be.

The LEDS will be held on a commercially owned cloud – essentially a massive virtual vault of data.

The police national computer tells officers about people who have been arrested, charged, and whether they were convicted. It also includes information about vehicles and property. Most of its records are non-criminal.

A government document said: “The volume of records involved is substantial; there are around 55.4 million driver records and 54.8 million vehicle records whilst there are approximately 10.7 million criminal records, thus non-criminal records form a substantial part of the PNC [police national computer].”

But Liberty is concerned about plans to couple the new database with cutting-edge technologies such as facial recognition and the use of algorithms to predict who will offend.

Trials of facial recognition, where cameras are linked to databases of suspects, have proved troublesome for police with few accurate matches. Algorithms potentially can sort though masses of suspects far more quickly than humans but critics fear they can be mistaken and bring the innocent under suspicion.

Couchman said: “Even more sinister is the creeping reliance on data-driven surveillance and algorithms the police use to make decisions about us – leading to conclusions which may be inaccurate or biased.”

A Home Office spokesperson said: “The police national database and police national computer are vital tools that are used every day by the police to safeguard the public, prevent crime and bring perpetrators to justice.

“These two separate systems are nearing the end of their lives. By bringing them together on to a single joined-up platform, the law enforcement data service will ensure existing capabilities are maintained.

“This is a complex project and that is why we are continuing to engage constructively with civil society organisations on its development to ensure the use of personal data is proportionate and respects the privacy of individuals.”

In its letter to the Home Office Liberty said: “Liberty remains concerned that its participation in the civil society open space will lead to an unwarranted legitimisation of the LEDS programme, with its myriad significant human-rights concerns. The process so far does very little to reassure us that these issues will be taken seriously and addressed.”