Civil liberties activists trying to inspire alarm about the authoritarian potential of facial recognition technology often point to China, where some police departments use systems that can spot suspects who show their faces in public. A report from Georgetown researchers on Thursday suggests Americans should also focus their concern closer to home.The report says agencies in Chicago and Detroit have bought real-time facial recognition systems. Chicago claims it has not used its system; Detroit says it is not using its system currently. But no federal or state law would prevent use of the technology.According to contracts obtained by the Georgetown researchers, the two cities purchased software from a South Carolina company, DataWorks Plus, that equips police with the ability to identify faces from surveillance footage in real time. A description on the company’s website says the technology, called FaceWatch Plus, “provides continuous screening and monitoring of live video streams.” DataWorks confirmed the existence of the systems, but did not elaborate further.

Facial recognition has long been used on static images to identify arrested suspects and detect driver's license fraud, among other things. But using the technology with real-time video is less common. It has become practical only through recent advances in AI and computer vision, although it remains significantly less accurate than facial recognition under controlled circumstances.

Privacy advocates say ongoing use of the technology in this way would redefine the traditional anonymity of public spaces. “Historically we haven’t had to regulate privacy in public because it’s been too expensive for any entity to track our whereabouts,” says Evan Selinger, a professor at the Rochester Institute of Technology. “This is a game changer.”

According to the report, Detroit first purchased a facial recognition system capable of real-time analysis in July 2017 as part of a three-year contract related to an unusual community policing program called Project Greenlight. To deter late-night crime, gas stations and other businesses hooked up cameras that fed live surveillance footage to police department analysts. The program expanded over the years to stream footage to police from more than 500 locations, including churches and reproductive health clinics.

Documents unearthed by Georgetown show that real time facial recognition was supposed to help automate elements of Project Greenlight. In a letter to the Georgetown researchers provided by the department to WIRED, police chief James Craig said officers were not using the technology’s real-time capabilities, limiting the use of facial recognition thus far to still images of suspects. The department did not say whether it used real-time facial recognition in the past.Chicago’s adoption of FaceWatch Plus goes back to at least 2016, the report says. According to a description of the program—found in DataWorks Plus’ pitch to Detroit—the “project objective” involved tapping into Chicago’s 20,000 street and transit cameras. Chicago police told the researchers the system was never turned on. (The department did not respond to additional questions from WIRED.) Illinois is one of only three states with biometric-identify laws that require consent from people before companies collect biometric markers, like fingerprints and face data. But public agencies are exempted.

Georgetown’s findings show how the lack of federal rules on facial recognition may create a patchwork of surveillance regimes inside the US. San Francisco supervisors voted to ban city use of facial recognition on Tuesday. In Chicago and Detroit, citizens in public are watched by cameras that could be connected to software checking every face passing by. Police in Orlando and New York City are testing similar technology in pilot projects.

The WIRED Guide to Artificial Intelligence

The idea of police scanning faces in real time may strike some citizens as unusual for the US. But experts tracking the technology’s spread were not startled by Georgetown’s findings. “I didn’t know about those police departments, but it’s not surprising to me that it’s happening here,” says Gretchen Greene, a researcher who studies facial recognition uses at MIT's Media Lab and Harvard's Berkman Klein Center for Internet and Society.

Facial recognition has become more widespread in law enforcement and government in recent years as the technology has become cheaper and more accurate , Greene says. Scanning faces in real time requires more sophisticated and powerful software and hardware, but that capability is now also within easy reach of many agencies.Mohammad Tajsar, a staff attorney with ACLU Southern California, says police departments often adopt new surveillance technologies without much thought to the broader implications. A panoply of loosely defined “pilots” and “trials” have helped facial recognition, social media monitoring, and automatic license plate readers become normalized in departments across the US. "They're really attracted to shiny new things," Tajsar says.

With few rules in place, how Chicago and Detroit’s facial recognition technology affects police work—and the safety and rights of residents—will depend on the procedures the two cities impose on themselves.A second Georgetown report published Thursday suggests New York City police weren’t careful with their facial recognition system. Documents obtained by the university’s researchers describe NYPD officers getting creative when the system couldn’t match a suspect’s photo, feeding in sketches or celebrity photos they judged looked similar to the person of interest. The report cites a 2014 NIST report that states “sketches mostly fail.” In one case, actor Woody Harrelson’s visage was used to apprehend a suspect. While much has been made of the risks of bias and inaccuracies baked into facial recognition systems, Selinger says the example shows an overlooked danger: abuse by the people operating them.

Tajsar of the ACLU is skeptical that any internal or external rules for facial recognition could keep the technology from endangering civil rights. His organization favors a ban like the one passed in San Francisco this week. The city may not remain unique. The Massachusetts state legislature is considering a bill that would impose a moratorium on government use of facial recognition. The cities of Oakland and Somerville, near Boston, are considering bans of their own. 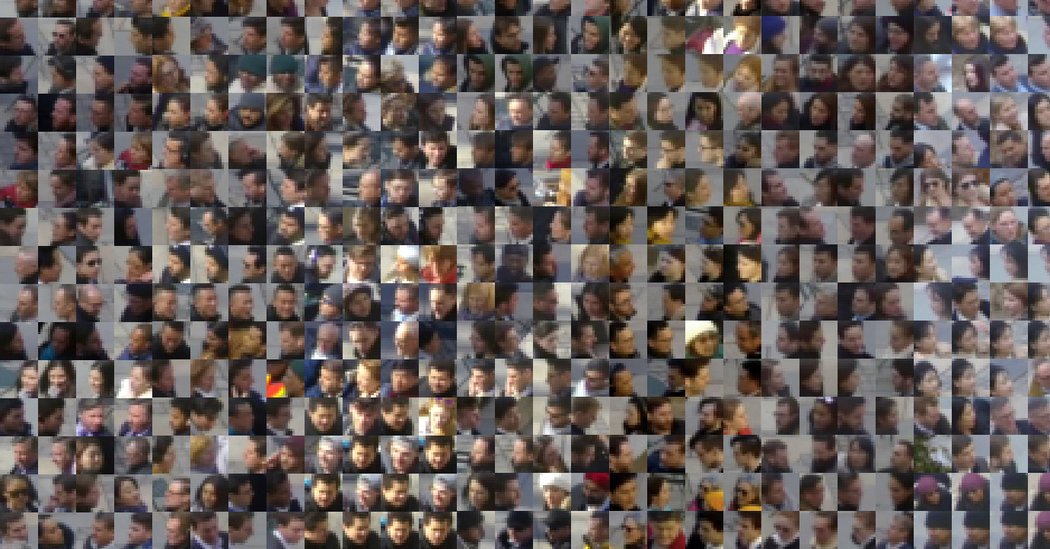