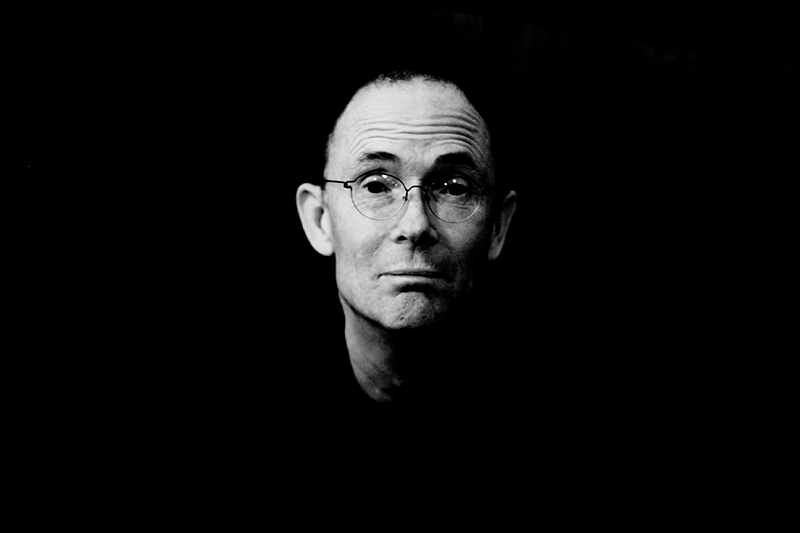 William Gibson is best known for his book “Neuromancer“, which popularized the word and concept of cyberspace. He also came up with the phrase “the future is already here — it’s just not very evenly distributed“. That was a general statement about technology, but it also applies to the technology that threatens our privacy. Around the world, there are already clear hints of some of the ways in which our private sphere is likely to be undermined by the arrival of new and ever-more advanced technology. At the moment, they are just isolated examples, but it’s probably just a matter of time before some of them become features of everyday life. For example, a few months back, Privacy News Online pointed out that, for all its potential, 5G wireless technology brings with it a number of serious problems . A post on the Chinese online site Global Times provides an example of how 5G-powered glasses might be used to provide the police with enhanced surveillance powers wherever they have connectivity:

Chinese Scientists Create Camera That Can Spy You 28 Miles Away, Even Through Smog

a plain-clothed police officer quickly identifies and locks in on a wanted suspect in a crowded square through the 5G glasses’ facial recognition function.

The policeman also uses the glasses’ data services to see through the suspect’s disguise, track him and map out capture routes by connecting the glasses to the city surveillance camera system. He even activates a 5G-enabling roadblock on the suspect’s escape route.

It’s well known that China is in the forefront of developing and applying surveillance technology. The South China Morning Post has another example of this: a story about a Chinese AI startup working on “gait recognition”:

Watrix says its software can identify a person from 50 metres away – even if they have covered their face or have their back to a camera – making it more than a match for Sherlock Holmes.

Known as gait recognition, the technology works by analysing thousands of metrics about a person’s walk, from body contour to the angle of arm movement to whether a person has a toe-in or toe-out gait, to then build a database.

Gait analysis is just one example of “behavioral biometrics”. It’s a new field that seeks to identify the unique signatures of how people move and act. For example, one fruitful field is looking at the highly personal way that people use technology, as measured by the many on-board devices they contain. These include things like a user’s finger pressure and speed on the touchscreen, as well as a device’s regular places of use, as revealed by its GPS unit. As The Economist explains, people can be recognized from many aspects of how they use their favorite devices:

accelerometers and gyroscopic sensors that reveal how people hold their phones when using them, how they carry them and even the way they walk. Touchscreens, keyboards and mice can be monitored to show the distinctive ways in which someone’s fingers and hands move.

These kind of tell-tale sensors, now standard in the mobile devices most people carry all day long, can reveal far more than you might think. From the movement of a device, the same sensors can show when a mobile phone is in a handbag, a pocket, held in a hand – or at rest somewhere at night while its owner sleeps. Such data clearly provides all kinds of information about the minutiae of our private lives, and yet so invisibly that we are quite unaware we are being monitored.

It’s not just our behavior that can identify us from a distance: so can what is happening inside our body. Here’s a remarkable new approach that is being explored in the US:

Apparently, when travelers are going through the Chinese border patrol process, workers are taking their phones and other devices into a separate room before returning them later on.

A new device, developed for the Pentagon after US Special Forces requested it, can identify people without seeing their face: instead it detects their unique cardiac signature with an infrared laser. While it works at 200 meters (219 yards), longer distances could be possible with a better laser.

Alongside novel approaches, conventional surveillance devices are also advancing. For example, Fujifilm has announced that it is entering the surveillance camera market with a new long-range camera. It has a 40x optical zoom, and a built-in lens with a 35mm-equivalent focal length of 20mm to 800mm, plus an additional digital zoom of 1.25x. Combined, Fujifilm says this gives the SX800 a total equivalent focal length of 1000mm, which is enough to focus on a car’s license plate from 1km or roughly 0.6 miles away. Other features include advanced image stabilization technology, fast autofocus, and heat haze/fog reduction function that makes it possible to capture clear footage of a distant subject. A video from the company shows how the camera is able to read a handheld sign from 2.2km (around 1.36 miles) away. It can also operate in conditions of extremely low lighting, as the same video shows.

Fujifilm’s new surveillance camera is presumably rather expensive. No price is given in the press release, which mentions international border controls, and large-scale public facilities such as ports and airports as typical situations where the SX800 might be deployed. But every top-end digital camera was similarly expensive to begin with. Thanks to the equivalent of Moore’s Law, prices soon drop, and what was top end becomes the mainstream norm, found in millions of mobile phones. Here’s the latest proof of that: what Samsung claims is the industry’s first 108 megapixel camera sensor. As the co-founder of the Chinese mobile phone company Xiaomi said of the new camera sensor, which it helped Samsung develop: “We are very pleased that picture resolutions previously available only in a few top-tier DSLR [digital single-lens reflex] cameras can now be designed into smartphones”. That’s the thing about digital technology: the future soon becomes the present. Or, to rephrase it along the lines of Gibson’s dictum, the distribution of the future tends to become more even. Unfortunately, the same is likely to be true of the futuristic threats to privacy outlined above. 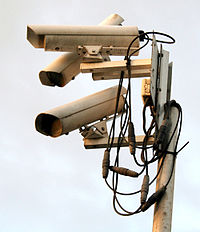 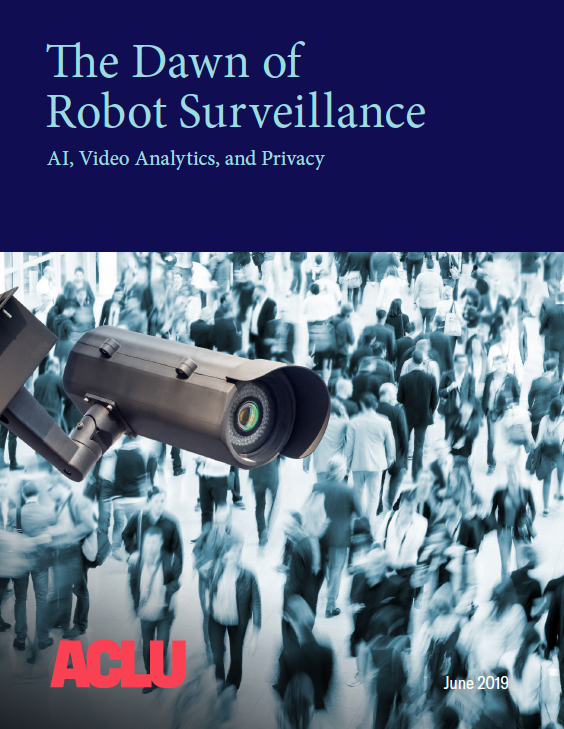 The Dawn of Robot Surveillance 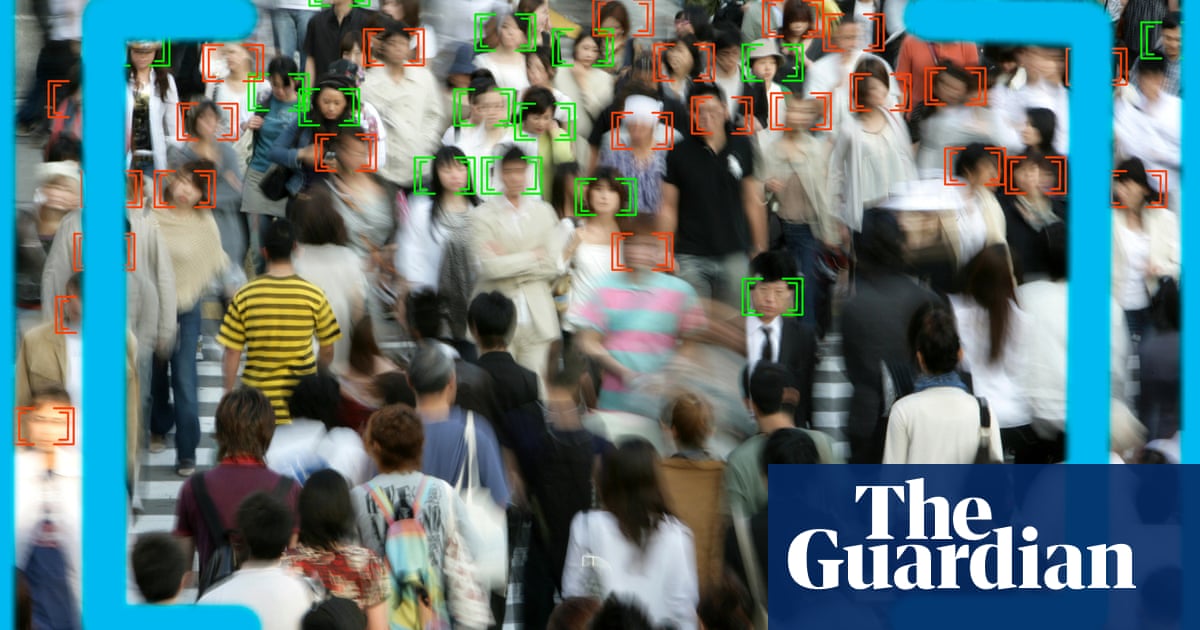