The Massachusetts State Police use cameras to record the license plate number of every vehicle that goes over the Sagamore (above) and Bourne bridges.

For more than three years, the Massachusetts State Police have been using cameras to record the license plate number of every vehicle that enters and leaves Cape Cod, building a vast and growing database that now counts more than 100 million trips.

Authorities say they use the technology to track or locate suspects in cases involving violent crime or drug trafficking, for example, or to find missing and abducted people.

But the plate readers at the two Cape bridges are just part of a larger network of an undisclosed number of such cameras that local and state law enforcement agencies in Massachusetts and around the country have deployed.

“It’s kind of Big Brother-creepy to some extent,” said Republican State Senator Vinny deMacedo, whose district straddles the Cape Cod Canal. DeMacedo said he didn’t know about the Cape cameras until contacted by the Globe, and said, “I have to believe most of my constituents don’t know about it.”

By not reviewing the state police’s policy, which would have given the court an understanding of the rationale for redacting most of the document, the Commonwealth Court effectively gave state police — and any other law enforcement agency in Pennsylvania — a blank check to apply the public safety exception of the Right-to-Know Law to any open records request.

Get Metro Headlines in your inbox:

Thank you for signing up! Sign up for more newsletters here

The State Police won’t say which agencies it shares the license plate data with, although court records indicate others do have access, such as the Barnstable police. Moreover, data sharing arrangements among local, state, and federal authorities are common, and civil liberties advocates say they effectively create a vast web of surveillance that constantly tracks the movements of millions of people, and raises serious privacy questions.

“There’s this invisible surveillance net that’s out there that people would object to if they really knew what was going on,” said Dave Maass, a researcher at the Electronic Frontier Foundation, which advocates for privacy protections in digital technologies.

The existence of the plate-reading cameras at the Bourne and Sagamore bridges came to light through documents and recent testimony in the trial of two men in Barnstable Superior Court for drug trafficking, and was first reported by the Cape Cod Times in March. One of the two men charged in the case has asked the state’s Supreme Judicial Court to rule on the constitutionality of evidence obtained by the Cape cameras.

The devices snap a photo of every license plate that crosses their path and convert the images into electronically readable records that are then fed into huge databases. The data show the date, time, direction — even the lane that each vehicle is in. The cameras have been in place since 2014, and some 35 million vehicles cross the two Cape bridges every year, according to state records.

The State Police acknowledged the agency has fixed and portable plate-reading cameras “throughout” Massachusetts, but declined to provide their number or location. In 2015, Massachusetts officials described plans to purchase a trailer with a roadside messaging board, such as those that notify drivers of road conditions, with license-plate-reading technology built in, according to a report submitted to a federal transportation agency.

And in 2011, the state government distributed $750,000 in federal grants to 43 police departments across Massachusetts to buy plate readers — with the stipulation they share their data with the state.

The State Police declined to provide more specifics on any of its license plate readers, for “tactical reasons,” according to agency spokesman David Procopio.

“We decided that disclosure of the cameras would unnecessarily give serious criminal offenders a tactical advantage, thereby compromising public safety, and could expose the cameras to vandalism,” Procopio said.

The Electronic Frontier Foundation, a San Francisco-based digital privacy nonprofit, has described the technology as “a form of mass surveillance .” Now, a new generation of tech firms has made it possible for private citizens to use the devices, known as automatic license plate readers, or ALPRs—without the strict oversight that governs this type of data collection by law enforcement.

The license plate data, he added, are only used for “law enforcement purposes” and in accordance with agency policies, which he said are constitutional.

“There is no expectation of privacy in regard to license plates affixed to a vehicle traveling on a public way,” Procopio said.

Maass objected to that argument.

“That’s really disingenuous,” he said. “How would the people of the Commonwealth of Massachusetts feel if there were police officers on every corner tracking where they were going? People certainly have a privacy expectation in terms of everywhere they’re going.”

The Cape bridge cameras include a “hot list” feature that allows law enforcement to flag certain plates for real-time monitoring. If cameras detect a plate on the hot list, an alert will automatically be sent within seconds to specified police via e-mail or text message. In Massachusetts, State Police and other law enforcement do not need a warrant to research a vehicle’s historical driving patterns, nor to enter a plate onto the hot list.

When linked together into a larger surveillance web, the license plate readers can track drivers across vast distances, akin to how cellphone records can track a person’s movements. That web is even larger when it includes data from license plate readers deployed by private companies, including car repossession firms and parking lot operators; other businesses, including banks, insurers, and private investigators buy the data from brokers.

In March, the American Civil Liberties Union disclosed how the US Immigration and Customs Enforcement agency tapped into license plate data from local police as well as private sources with some 6.5 billion records to track undocumented immigrants for deportation.

“The ACLU’s grave concerns about the civil liberties risks of license plate readers take on greater urgency as this surveillance information fuels ICE’s deportation machine,” Vasudha Talla, a staff attorney with the ACLU of Northern California, said in a blog post that accompanied the release of records it obtained about the practice. “And now we know which local police departments are helping ICE terrorize immigrant communities by sharing license plate information.”

ACLU officials said the records they obtained did not appear to name any Massachusetts agencies. 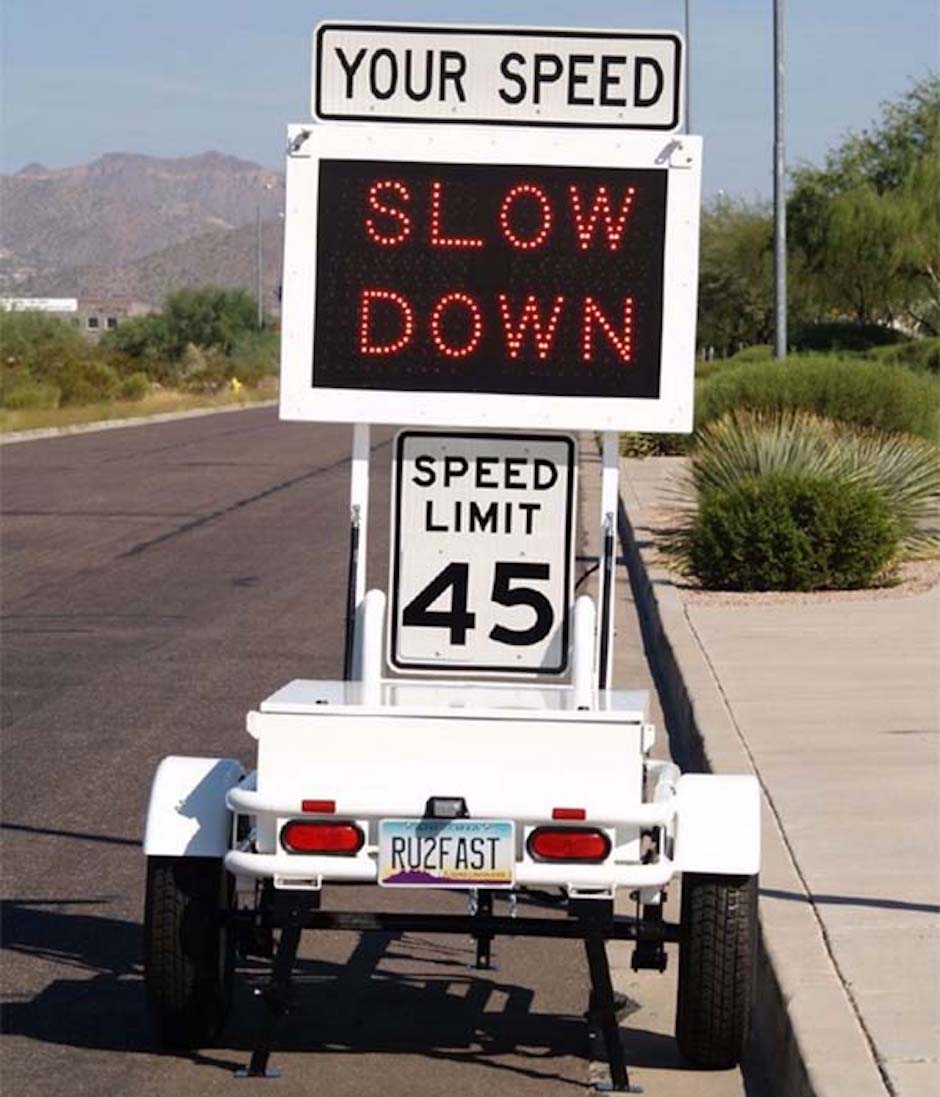 Under a Supreme Court ruling in 2018, law enforcement officials now generally need a warrant to collect cellphone location data. But the use of license plate readers has been left unregulated in many states, including Massachusetts.

Maass said that given similarities between the technologies, license plate data should be treated the same as cellphone records.

“These things have become so pervasive that, under recent Supreme Court rulings, it should be required to obtain a warrant to access these license plate reader databases,” Maass said.

A copy of the State Police policy on license plate readers, which was included in court documents in the Barnstable case, said the system will be “accessed and used only for official and legitimate law enforcement purpose.” The policy doesn’t say how long the state will keep the data. But according to Procopio and court records, a different state policy — not included in court records and which state officials declined to release — says license plate data will be stored for one year.

According to court records, the cameras are maintained by the State Police Commonwealth Fusion Center, which works with local, state, and federal public safety agencies and other organizations to gather, analyze, and share “threat-related” information. The center is part of a national network that partners with the US Department of Homeland Security.

The Boston police also have used plate readers. In 2013, the department, in response to a public records request, accidentally released troves of data about the vehicles its readers had captured, prompting it to suspend their use to review the program. Boston then adopted a new policy that included an ACLU recommendation to keep the data for only 30 days. The readers were redeployed in 2017, and as of last spring, Boston was using three devices.

Cameras with plate-reading technology are also deployed at two other state roads for use in electronic tolling, the Massachusetts Turnpike and the Tobin Bridge. Those plate readers, which are owned by the state’s transportation department, are “separate and distinct” from the State Police’s network, Procopio said.

After similar privacy concerns about the instant-alert capability were raised about the turnpike and Tobin cameras 2½ years ago, state transportation officials drafted regulations on law enforcement use of the hot list. Those regulations, which apply only to the turnpike tolling system, say the feature can be used only in emergencies involving an “imminent and immediate threat to the safety, health, and well-being of an individual or the public.”

The policy for the Cape cameras does not limit the hot list to emergencies. The feature can be used to track “stolen” and “unregistered” vehicles or for “other license plate numbers of interest.”

Procopio said the readers were instrumental in cases involving an intrastate drug trafficking operation, leading police to a vehicle that had 11 kilograms of fentanyl, and separately helped safely recover an abducted child during an Amber Alert.

In the Barnstable case, the hot list was used as part of a long-term narcotics investigation into a local man police suspected of selling opioids from his home. During a stakeout of the suspect, Brian Whittemore Sr., detectives saw Jason J. McCarthy of New Bedford stop by his house briefly in a black Hyundai Tucson registered to his mother, records show. Police learned McCarthy had a lengthy criminal history, including about 30 prior narcotics violations.

In February 2017, Barnstable police added the number for the SUV plate to the hot list, and also accessed data from the state collection showing every time that plate had been captured by the Cape cameras.

Detectives also used the real-time alerts from the hot list to follow and surveil McCarthy and Whittemore. On Feb. 22, 2017, after allegedly watching what they believed was a drug deal, officers stopped both men in their separate vehicles. Police said they found 10 grams of opioids in Whittemore’s underwear. Each man was indicted on felony drug charges.

In court, McCarthy’s attorney, Paul A. Bogosian, argued police should have obtained a search warrant or a court order before using the plate reader to track McCarthy’s vehicle over a prolonged period, similar to legal requirements for cellphone location data.

The judge in the case, Robert Rufo, said the legal debate was “novel.” But in a 29-page ruling in March, he ultimately sided with prosecutors that license plates don’t come with the same privacy expectation as cellphone location data, and the two sets of bridge cameras don’t show the same detailed trail of movements that a cellphone might. Bogosian has since appealed Rufo’s determination to the Massachusetts Supreme Judicial Court.

“This case highlights a disturbing pattern: Law enforcement agencies in Massachusetts are deploying invasive, dragnet surveillance technologies like license plate trackers absent any state law setting clear standards for their use,” said Kade Crockford, director of the Technology for Liberty Program at the American Civil Liberties Union of Massachusetts.

DeMacedo, the state senator from Cape Cod, and other legislators have expressed privacy concerns about the license plate data. One bill before the state Legislature filed by Representative William M. Straus, a Democrat from Mattapoisett, would place restrictions on plate reader use and data. Another, from Senator Eric P. Lesser, a Democrat from Longmeadow, would protect data collected by the electronic tolling systems.

“The laws and the standards have not kept up with technological capabilities,” Lesser said. “It feels right now like the Wild West.”