WhatsApp co-founder Brian Acton urged people to 'delete' their Facebook accounts now, during an address made to students.

He has now called for people to 'reject' Facebook by deleting its family of apps from their smartphones and other devices.

It comes after the world's largest social network has been beset by a string of privacy scandals.

Mr Acton has been openly critical of Silicon Valley firms like Facebook and Google in the past for their seemingly profit-driven approach at the expense of people's data.

It is the second time that Mr Acton has made the comment publicly. Last year he posted on Twitter 'It is time. #delete facebook' following Facebook's failings involving a political consultancy firm.

The data of 87 million users was improperly accessed by Cambridge Analytica, linked to the 2016 Trump presidential campaign.

Facebook is also facing a slew of lawsuits and regulatory inquiries over its privacy practices, including ongoing investigations by the U.S. Federal Trade Commission, the Securities and Exchange Commission and two state agencies in New York.

Scroll down for video 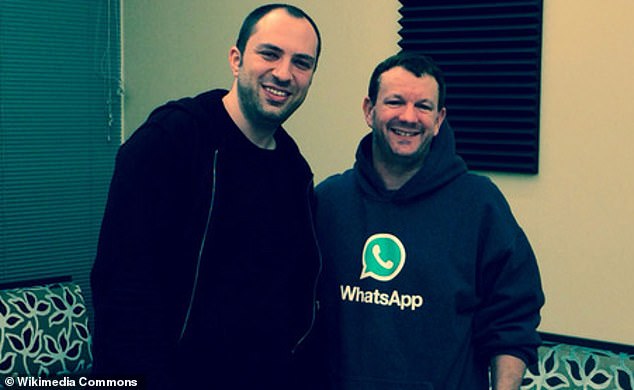 Brian Acton, pictured right with his WhatsApp co-founder Jan Koum, has called on everyone to 'delete' their Facebook in an address to students at Stanford. In 2014, Acton sold the instant messaging service to the company for $19 billion (£15bn) and left in 2017

In 2014, Acton sold the instant messaging service to Mark Zuckerberg for $19 billion (£15bn) and left in 2017 over its plans to introduce ads to the app.

Mr Acton defended his decision to sell saying that he wanted his employees and investors to profit and he didn't have the power, or 'clout' to say no.

Speaking at Stanford University in California, Mr Acton said: 'I had 50 employees, and I had to think about them and the money they would make from this sale.'

The former CEO said that he did not agree with Facebook's monetising strategy on WhatsApp.

Jan Koum, WhatsApp's co-founder, also left Facebook a year later in 2018 because he reportedly didn't agree with their approach to user data and privacy.

Both Mr Acton and Mr Koum had tried to find a way to monetise WhatsApp without bombarding users with adverts.

He said that he pushed for a business model that would charge WhatsApp users $1 a year to use the app, as the company did in its early days. 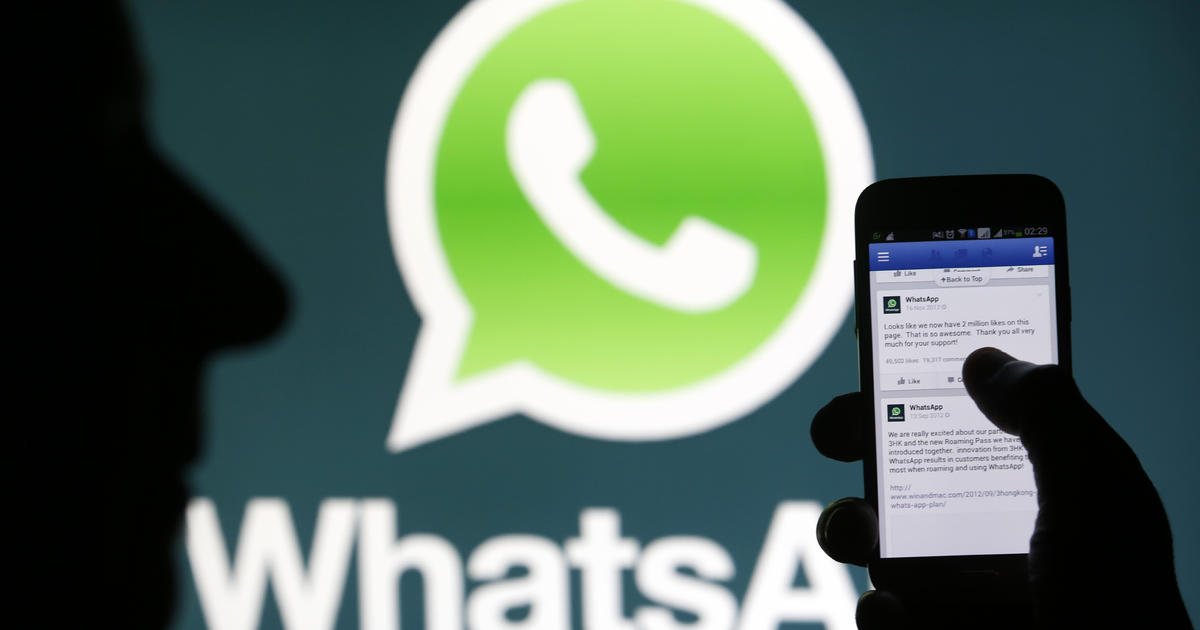 WhatsApp founder Brian Acton has called on everyone to 'delete' their Facebook accounts in an address to students at Stanford yesterday. It is the second time that Mr Acton has made the comment publicly. Last year he posted on Twitter 'It is time. #delete facebook'

The pair hoped a service model could align their interests with the users’ need for privacy and security to counter Facebook’s data harvesting to help advertisers target users.

'It was not extraordinarily money-making, and if you have a billion users … you're going to have $1 billion in revenue per year,' Mr Acton said.

'That's not what Google and Facebook want. They want multibillions of dollars.'

In an interview with Forbes , Mr Acton described how Facebook had set goals for WhatsApp to hit a revenue run rate of $10 billion within five years by pushing ads.

He also spoke about the company plans to offer businesses ways to directly communicate with users.

'I wish there were guardrails there. I wish there was ways to rein it in. I have yet to see that manifest, and that scares me.' 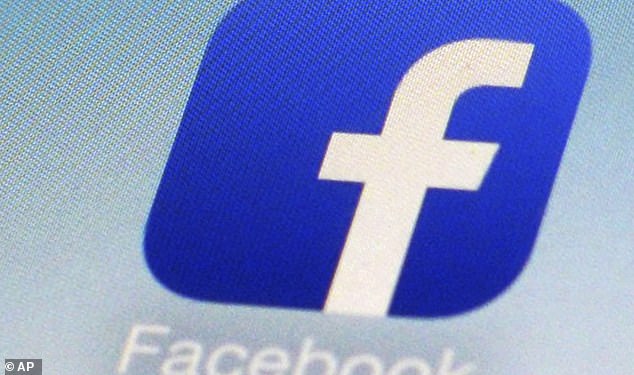 Jan Koum, WhatsApp's co-founder, also left Facebook a year later in 2018 because he reportedly didn't agree with their approach to user data and privacy. Both Mr Acton and Mr Koum had tried to find a way to monetise WhatsApp without bombarding users with adverts (file photo)

Facebook has shared users' private messages, contact information and other personal data with companies such as Microsoft and Spotify, according to a New York Times report that was alarming even in light of previous disclosures about the social network's practices. Read the terms of service: Facebook says it didn't violate user agreements in sharing the data.

December 2018: Facebook comes under fire after a bombshell report discovered the firm allowed over 150 companies, including Netflix, Spotify and Bing, to access unprecedented amounts of user data, such as private messages.

Some of these 'partners' had the ability to read, write, and delete Facebook users' private messages and to see all participants on a thread.

It also allowed Microsoft's search engine, known as Bing, to see the name of all Facebook users' friends without their consent.

Amazon was allowed to obtain users' names and contact information through their friends, and Yahoo could view streams of friends' posts.

As of last year, Sony, Microsoft, and Amazon could all obtain users' email addresses through their friends.

September 2018: Facebook disclosed that it had been hit by its worst ever data breach, affecting 50 million users - including those of Facebook boss Mark Zuckerberg and COO Sheryl Sandberg.

Attackers exploited the site's 'View As' feature, which lets people see what their profiles look like to other users.

The unknown attackers took advantage of a feature in the code called 'Access Tokens,' to take over people's accounts, potentially giving hackers access to private messages, photos and posts - although Facebook said there was no evidence that had been done.

Facebook said it doesn't yet know if information from the affected accounts has been misused or accessed, and is working with the FBI to conduct further investigations.

However, Mark Zuckerberg assured users that passwords and credit card information was not accessed.

As a result of the breach, the firm logged roughly 90 million people out of their accounts earlier today as a security measure.

March 2018: Facebook made headlines earlier this year after the data of 87 million users was improperly accessed by Cambridge Analytica, a political consultancy.

The disclosure has prompted government inquiries into the company's privacy practices across the world, and fueled a '#deleteFacebook' movement among consumers.

The company boasts it can 'find your voters and move them to action' through data-driven campaigns and a team that includes data scientists and behavioural psychologists.

'Within the United States alone, we have played a pivotal role in winning presidential races as well as congressional and state elections,' with data on more than 230 million American voters, Cambridge Analytica claims on its website.

The company profited from a feature that meant apps could ask for permission to access your own data as well as the data of all your Facebook friends.

The data firm suspended its chief executive, Alexander Nix (pictured), after recordings emerged of him making a series of controversial claims, including boasts that Cambridge Analytica had a pivotal role in the election of Donald Trump

This meant the company was able to mine the information of 87 million Facebook users even though just 270,000 people gave them permission to do so.

This was designed to help them create software that can predict and influence voters' choices at the ballot box.

The data firm suspended its chief executive, Alexander Nix, after recordings emerged of him making a series of controversial claims, including boasts that Cambridge Analytica had a pivotal role in the election of Donald Trump.

This information is said to have been used to help the Brexit campaign in the UK.

In 2013, Facebook disclosed a software flaw that exposed 6 million users' phone numbers and email addresses to unauthorized viewers for a year, while a technical glitch in 2008 revealed confidential birth-dates on 80 million Facebook users' profiles. 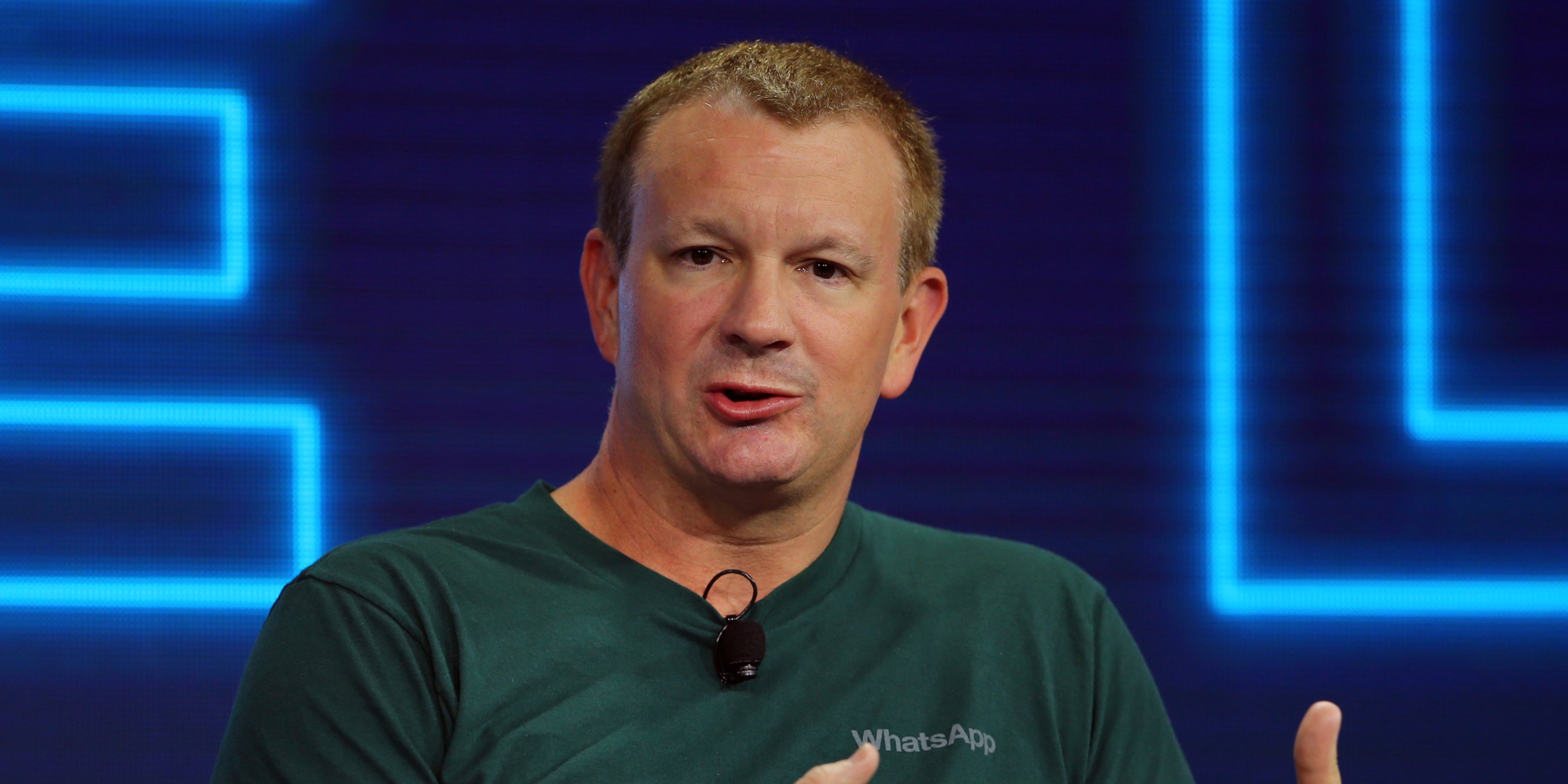