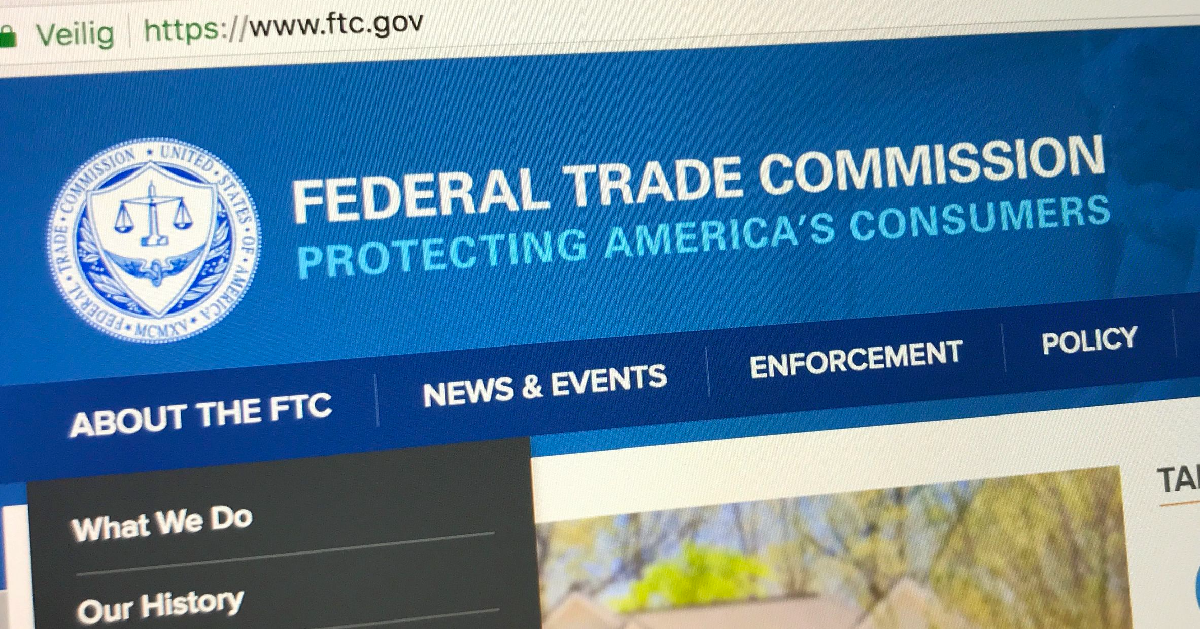 Zoom and the Federal Trade Commission (FTC) have come to a tentative settlement agreement regarding the video conferencing company’s false advertising of end-to-end encryption along with other issues. 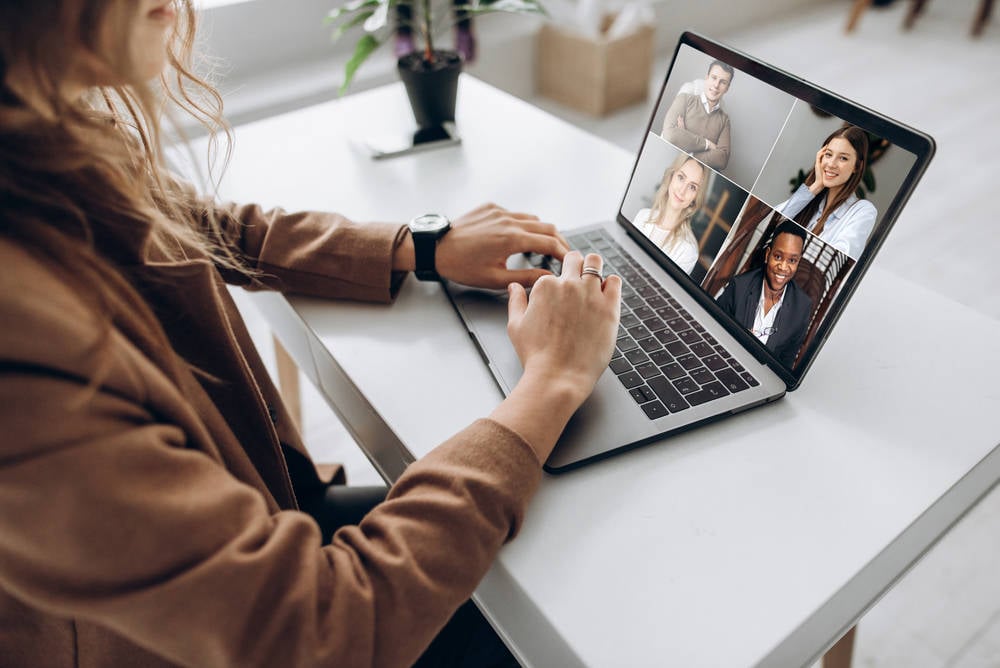 The commission's investigation also dug into Zoom’s earlier claim it offered 256-bit end-to-end encryption when in fact the feature didn't actually exist – the software maker says it has since implemented the technology.

As part of the agreement, Facebook is sharing quarterly and annual updates with the FTC on its progress; the company is submitting its first quarterly report at the end of this week. 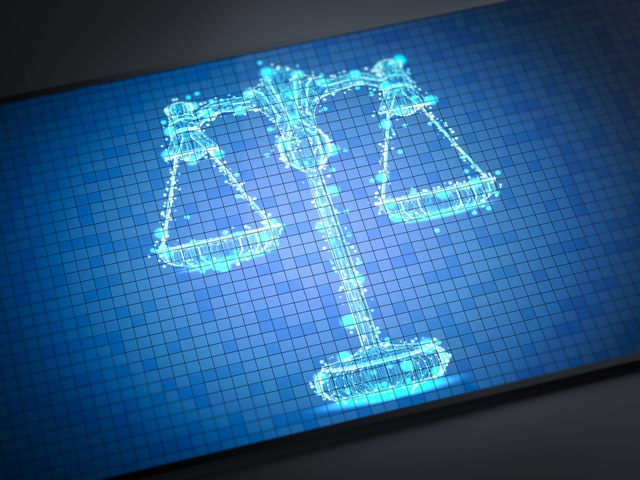 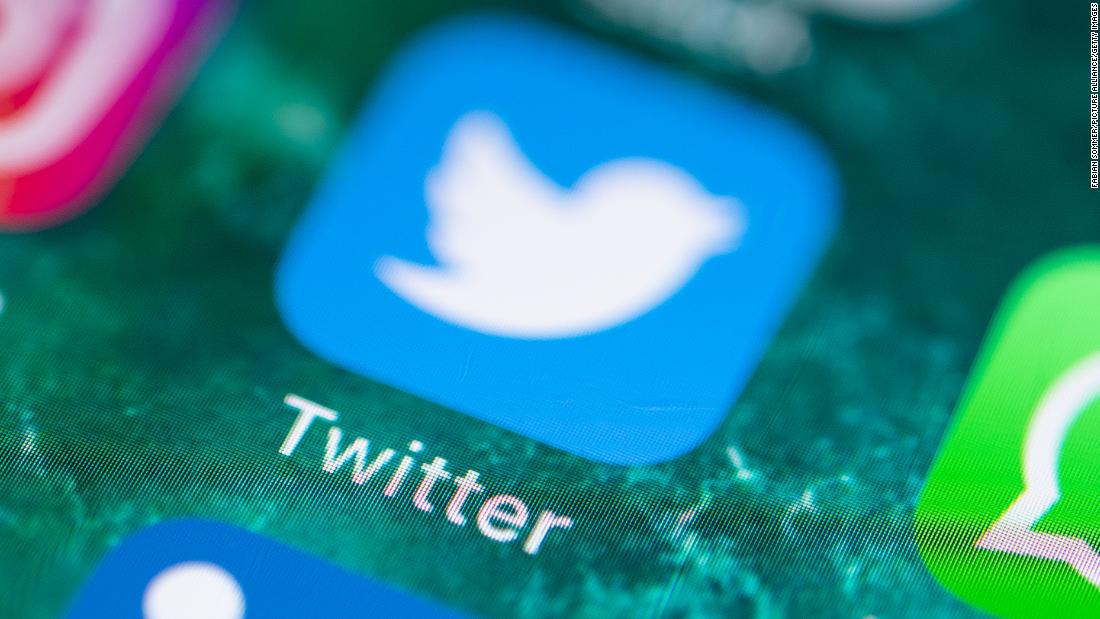 New York (CNN Business)Twitter "inadvertently" used phone numbers and email addresses its users provided for account security purposes to target ads, the company said Tuesday.Twitter users are asked to provide information like their phone number to help secure their account through services such as two-factor authentication. 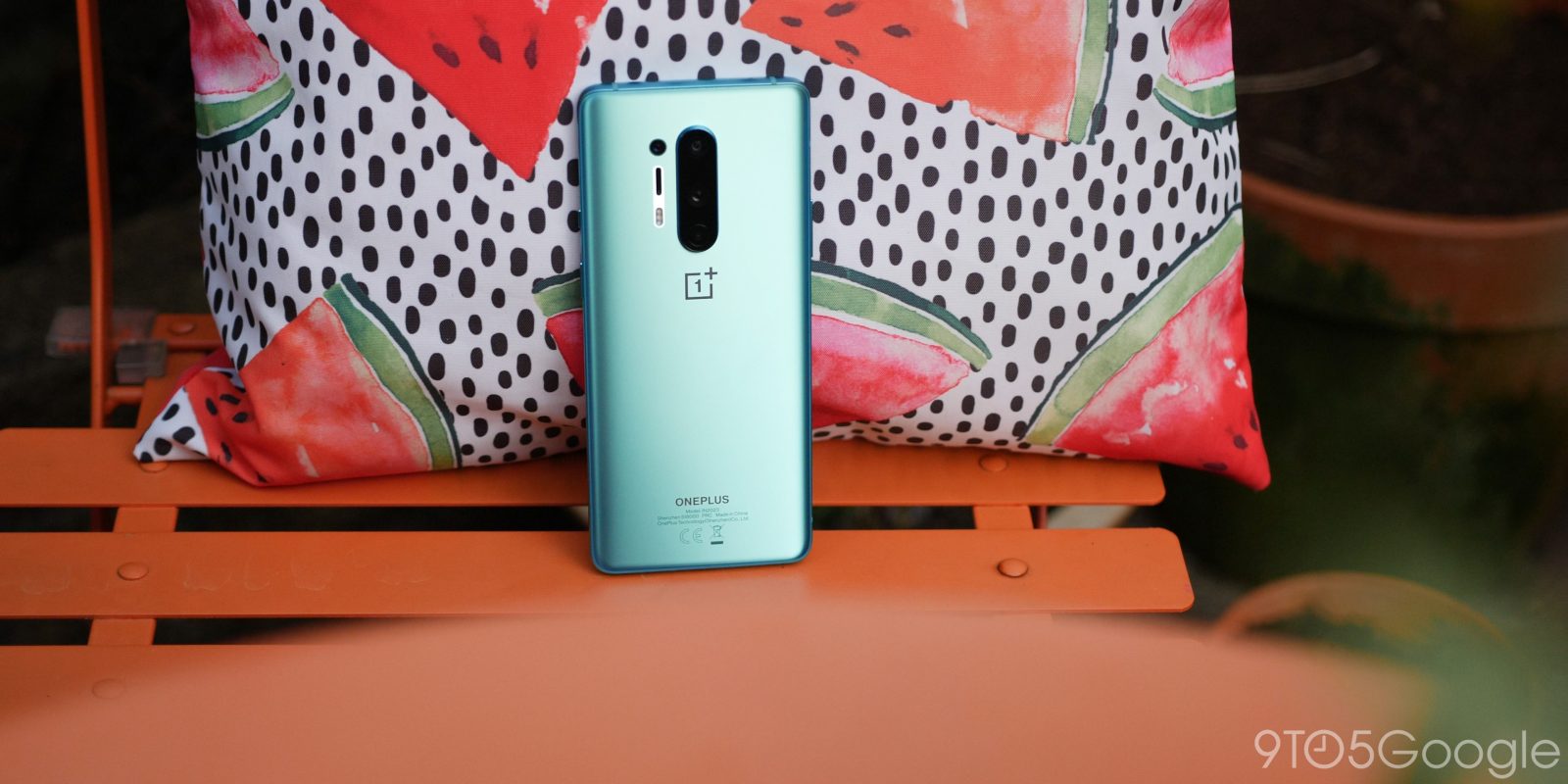 Speaking to Android Police, OnePlus has since confirmed that it has struck a deal to include Facebook App Installer, Facebook Services, and Facebook App Manager as system apps on its latest smartphones — namely OnePlus 8, 8 Pro, and Nord. 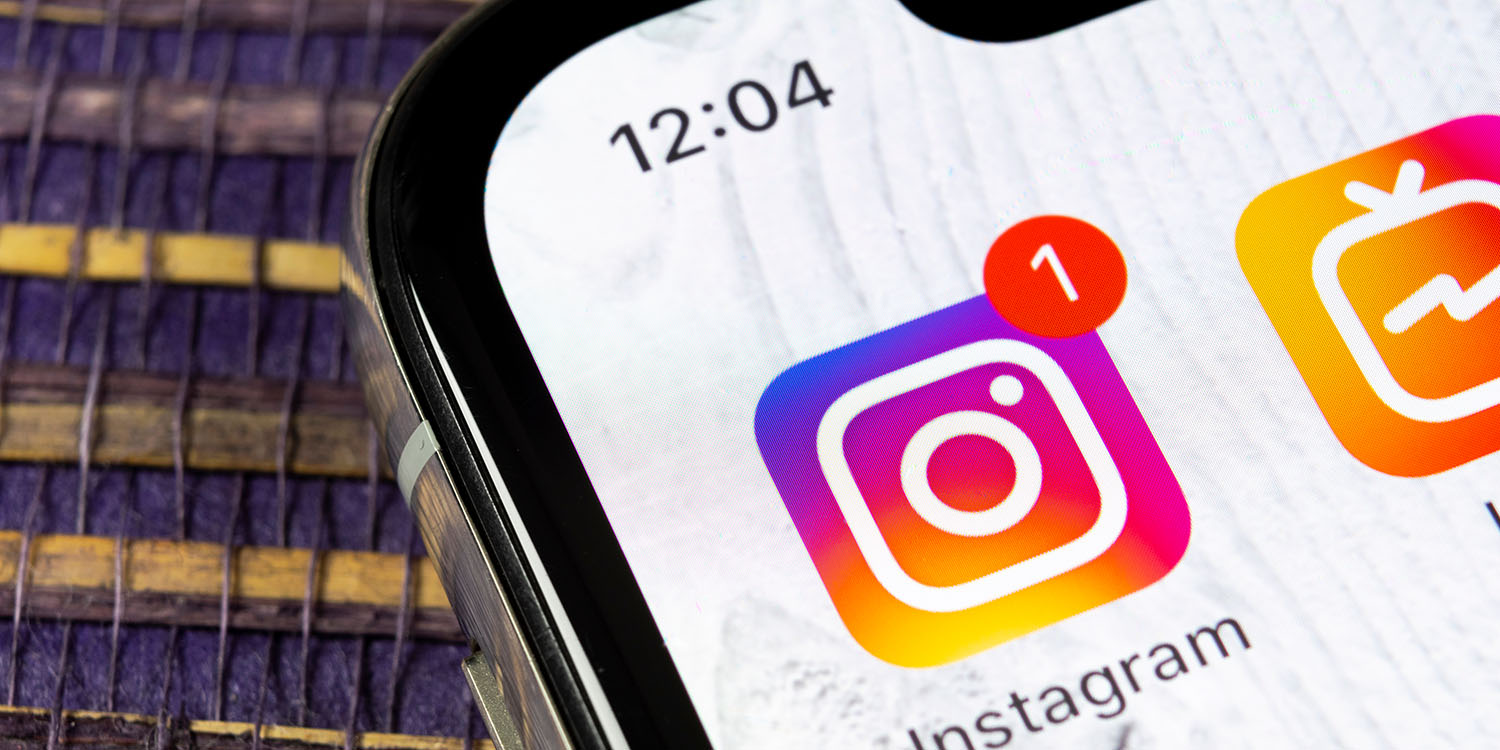 We have already covered here some apps that were caught accessing users’ clipboard thanks to a new feature of iOS 14, but that’s not all.The expected behavior, of course, is for the app to access the camera only when necessary — such as when you open the Instagram Stories composer.

The U.S. Federal Trade Commission (FTC) had fined children’s app developer HyperBeard for $4 million but the company pleaded it only had $150,000 to pay for allegedly collecting children’s data in an unlawful way. 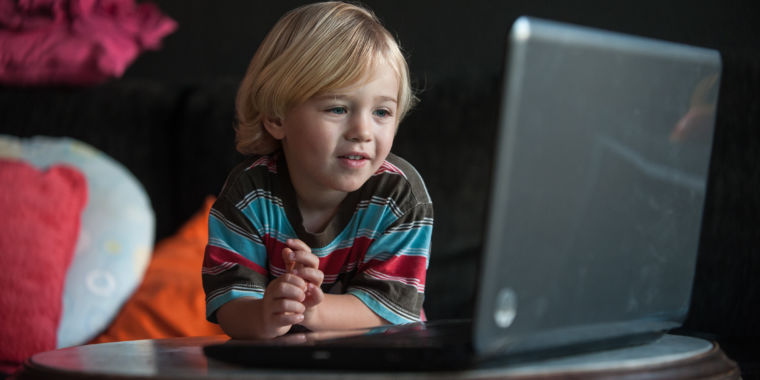 According to the FTC complaint, while Google said internally that it had no "child-directed" content and didn't need to worry about COPPA, it was at the same time telling companies such as Mattel and Hasbro that "YouTube was unanimously voted as the favorite website for kids 2-12" and "93 percent of tweens visit YouTube to watch videos.".

The Journal said t he Facebook probe will be led by New York Attorney General Letitia James, who has voiced concern before over how tech giants handle personal data. 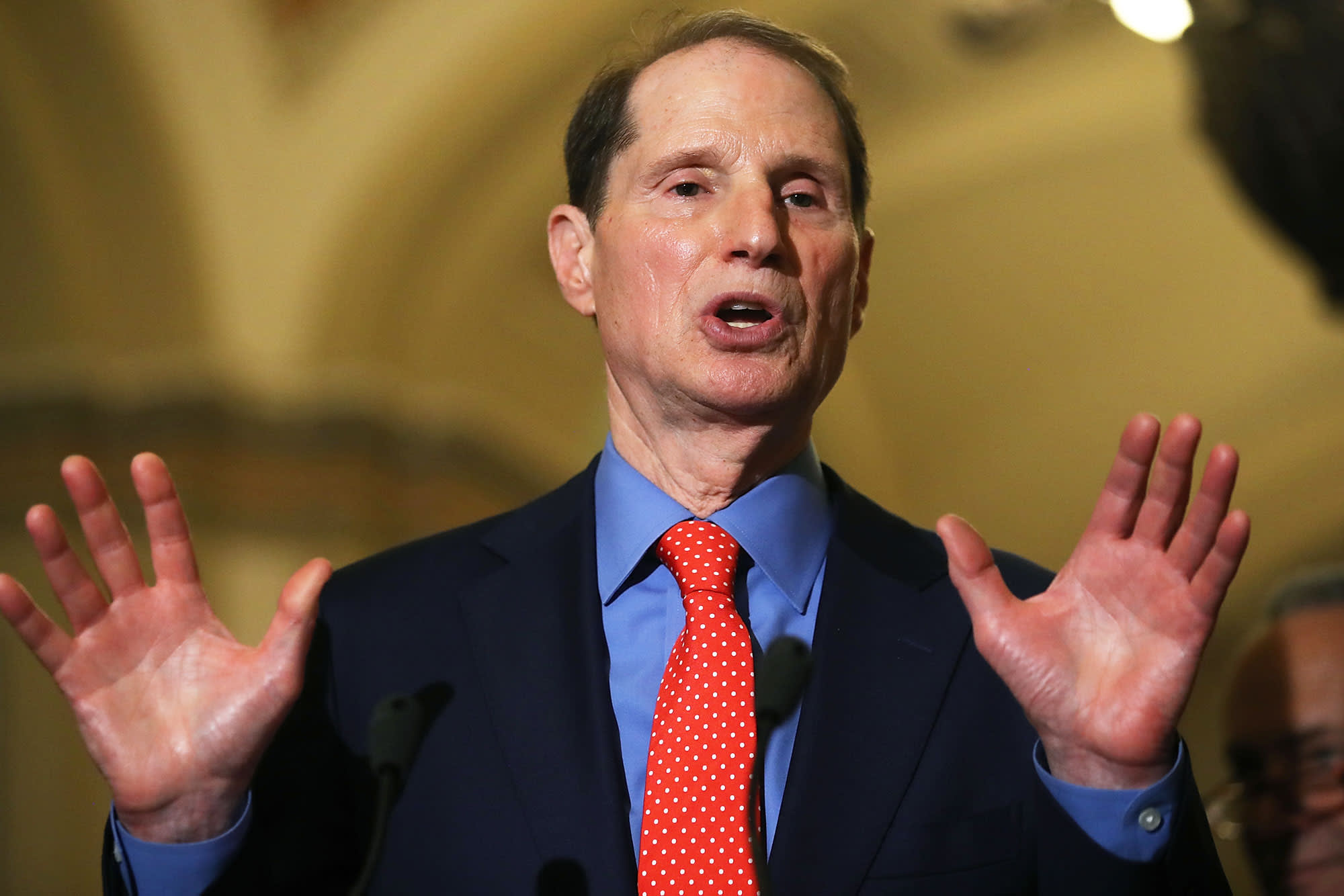 U.S Senator Ron Wyden (D-Oregon), in an interview with Willamette Week, suggested that Mark Zuckerberg should face a prison term for lying to American citizens about Facebook's privacy lapses."Mark Zuckerberg has repeatedly lied to the American people about privacy," Senator Wyden said in the interview. 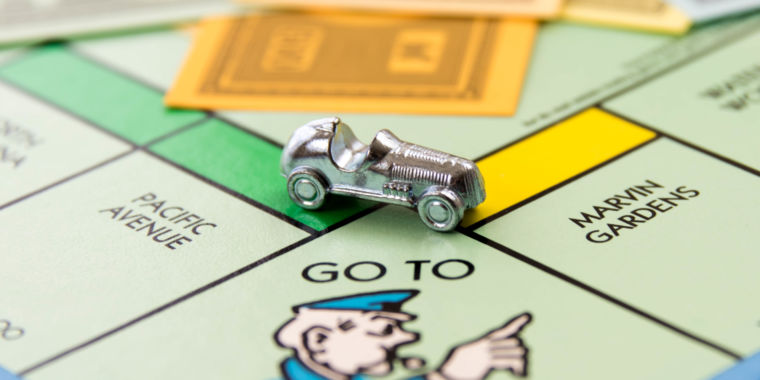 The proposed law basically seeks to deter anticompetitive and monopolistic behavior by charging great gobs of money against the companies that get caught doing it.And in that same week, Facebook said it was the target of an FTC antitrust investigation, separate from the FTC's probes into its privacy practices.

Facebook is facing new questions over its handling of the Cambridge Analytica debacle even after a record settlement with the FTC ended a year-long investigation by regulators into the matter. 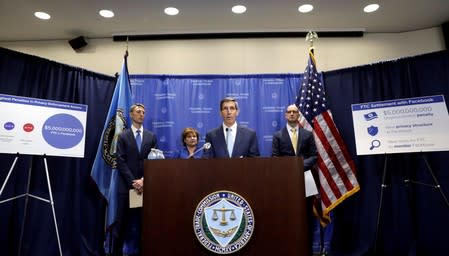 The company's acquisition practices are the main focus of the probe, as the FTC looks into Facebook buying technology-based startups to keep them from challenging it, the report said.

The FTC's Settlement With Equifax Is Such A Joke, The FTC Is Now Begging You Not To Ask For A Cash Settlement

apparently too many people signed up and now the FTC is helping Equifax by telling people not to ask for money from the company any more. First, though, the good: all 147 million people can ask for and get free credit monitoring. 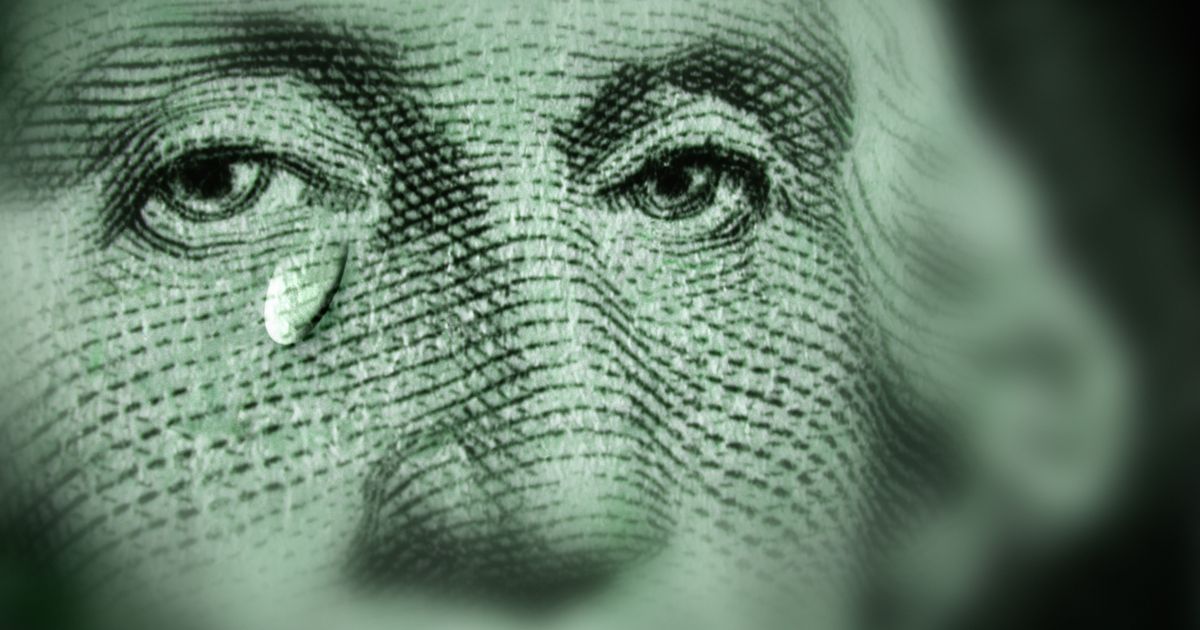 Actually you're not getting that $125 from Equifax, warns the FTC

"You can still choose the cash option on the claim form," notes the agency, "but you will be disappointed with the amount you receive and you won’t get the free credit monitoring.". WATCH: How to get free money or credit monitoring from the Equifax data breach.

EPIC requested a hearing where the court could review the fairness of the Facebook agreement and consider consumer groups’ complaints. If the court decides to grant such a hearing, a judge could require the trade commission to review outstanding consumer complaints and alter the terms of the proposed settlement. 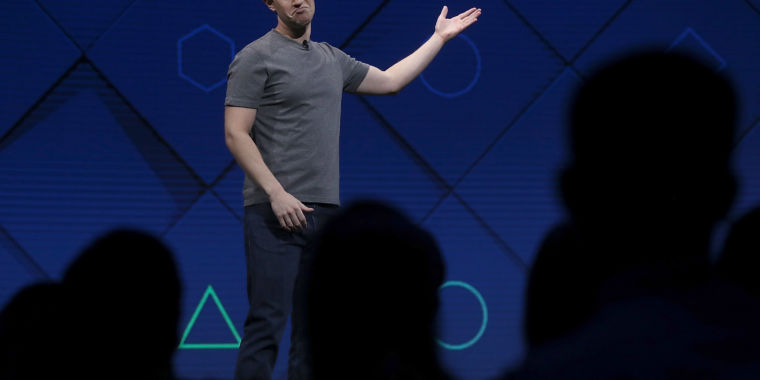 In addition to the $5 billion fine, which goes straight to the US Treasury, the new order requires Facebook to establish and adhere to a new governance structure for reviewing user privacy on its services, including Instagram and WhatsApp. The company's board of directors must form an independent privacy committee, removing "unfettered control" of decisions affecting user privacy from CEO Mark Zuckerberg. 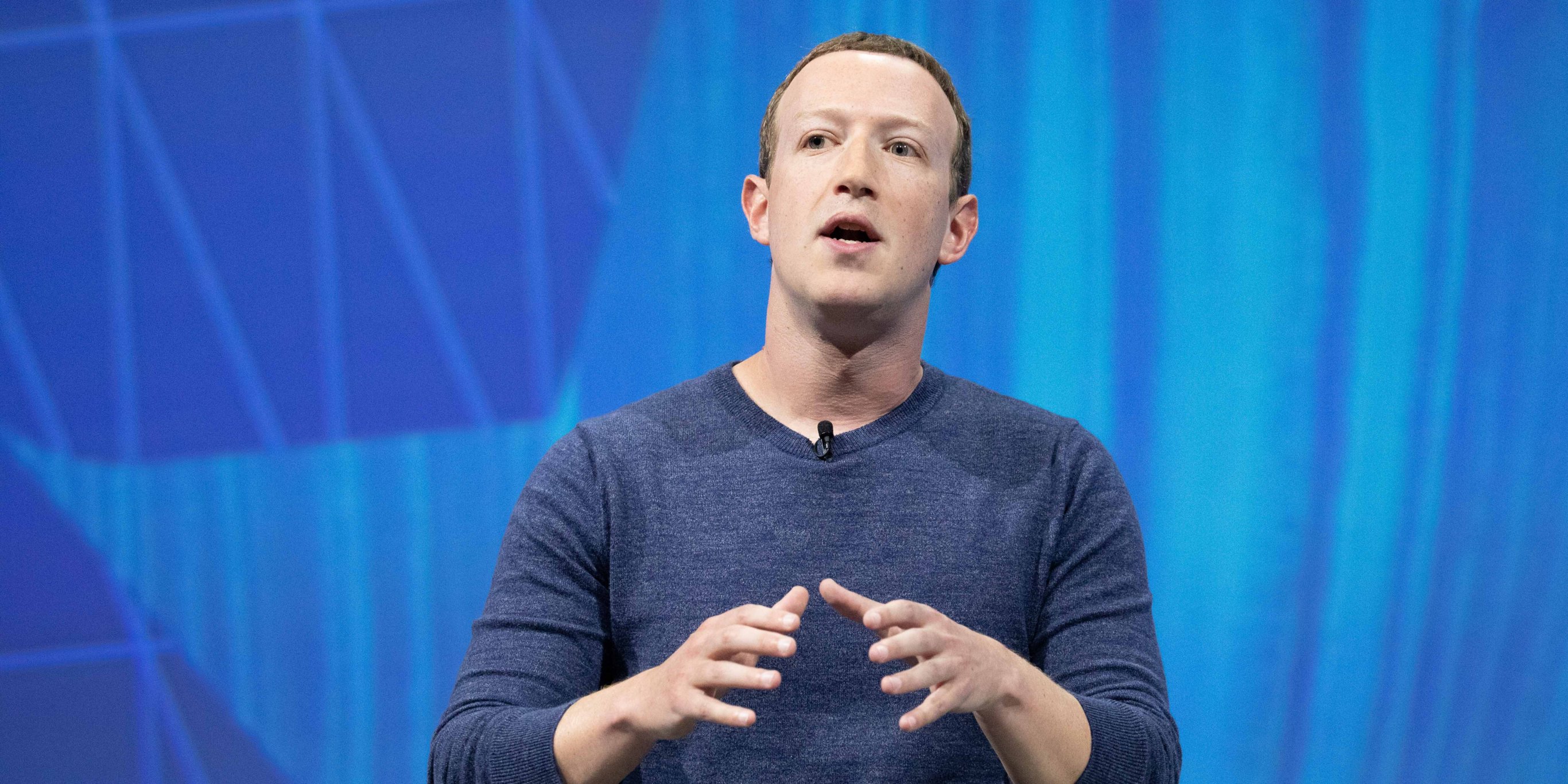 According to the report, Messenger Kids had a design flaw that allows for a situation in which a child can enter a group chat with other users — including adults — who hadn't been preapproved by their parents.

Equifax Inc. has agreed to pay at least $575 million, and potentially up to $700 million, as part of a global settlement with the Federal Trade Commission, the Consumer Financial Protection Bureau (CFPB), and 50 U.S. states and territories, which alleged that the credit reporting company’s failure to take reasonable steps to secure its network led to a data breach in 2017 that affected approximately 147 million people.

The settlement concludes that Google did not adequately shield children who were using the platform and collected their data in violation of the Children’s Online Privacy Protection Act (COPPA), The Washington Post reports, citing two sources. 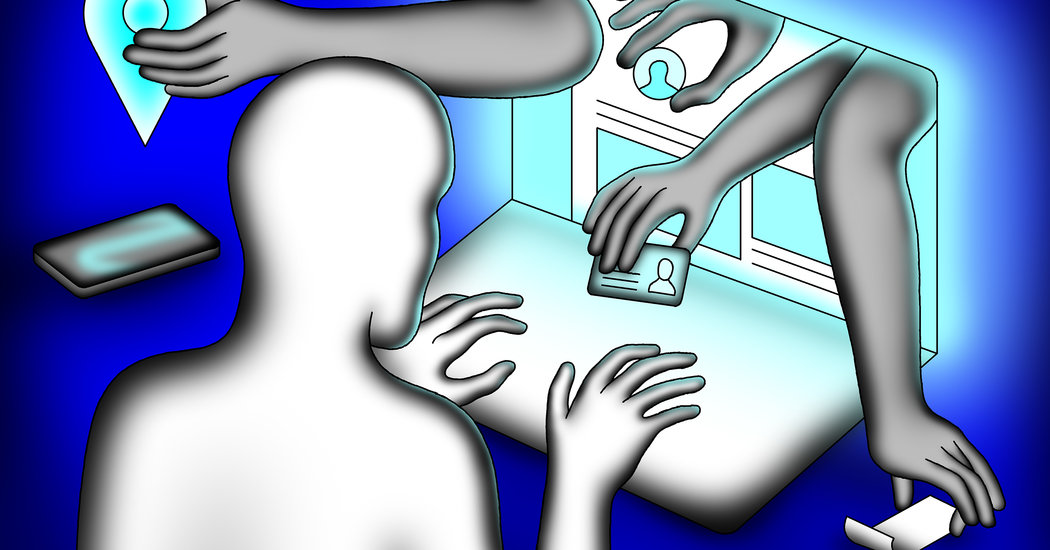 It is easier than ever for sensitive information to spread, and we urgently need legislation that allows the Federal Trade Commission and state attorneys general to protect Americans from having their personal data collected and sold without their consent.

A hacker attack of impressive magnitude targeted specific individuals of interest to the Chinese government as they moved around the world, in what appears to be the first such operation in the history of cyberespionage. 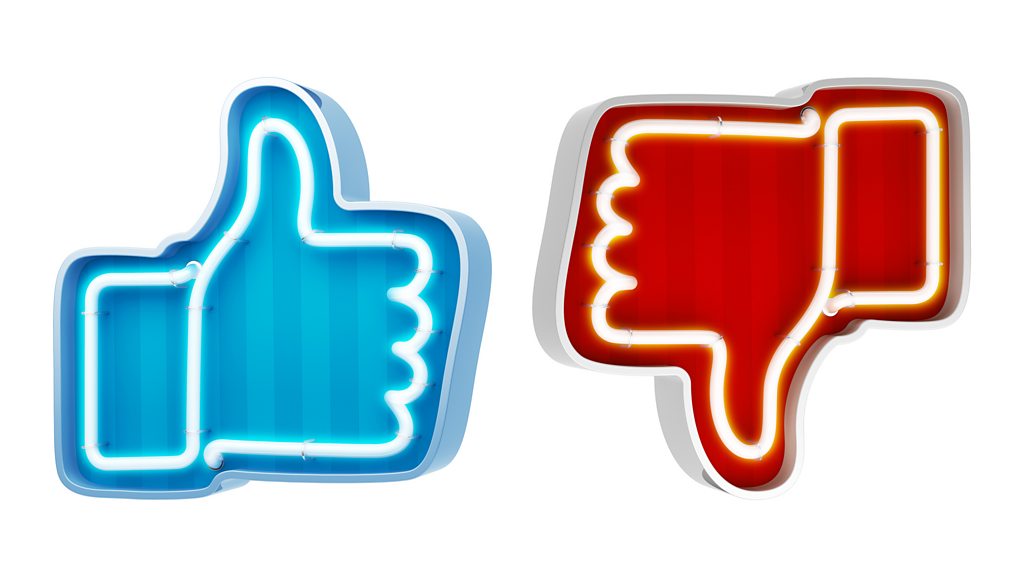 Media captionHow the Facebook-Cambridge Analytica data scandal unfolded US regulators have approved a record $5bn (£4bn) fine on Facebook to settle an investigation into data privacy violations, reports in US media say. The FTC began investigating Facebook in March 2018, following reports that Cambridge Analytica had accessed the data of tens of millions of its users. 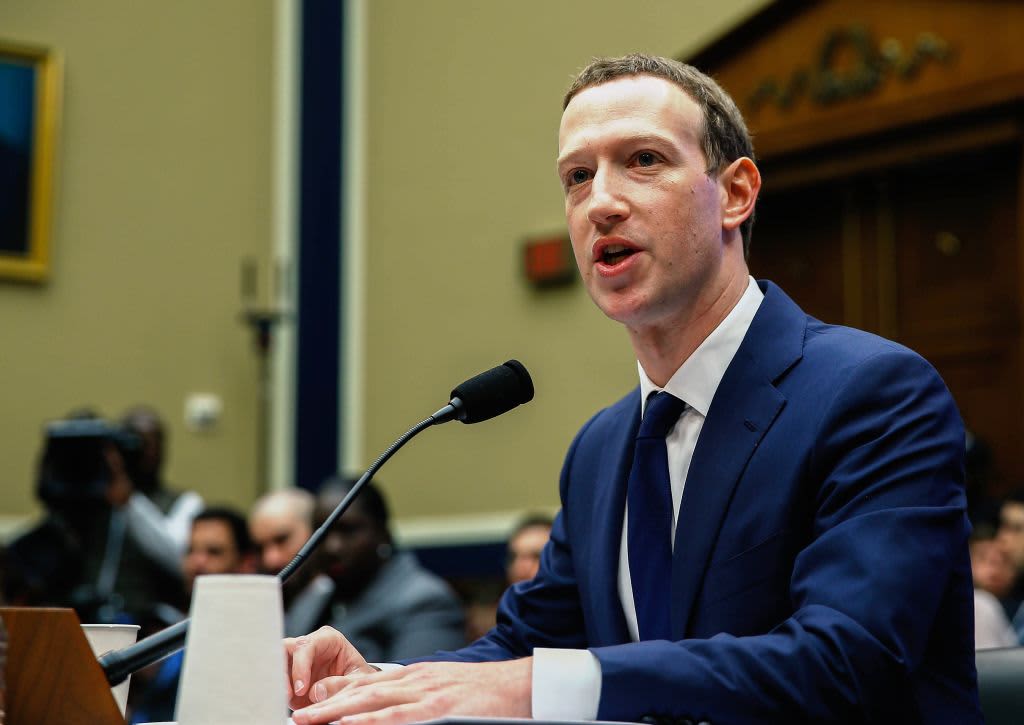 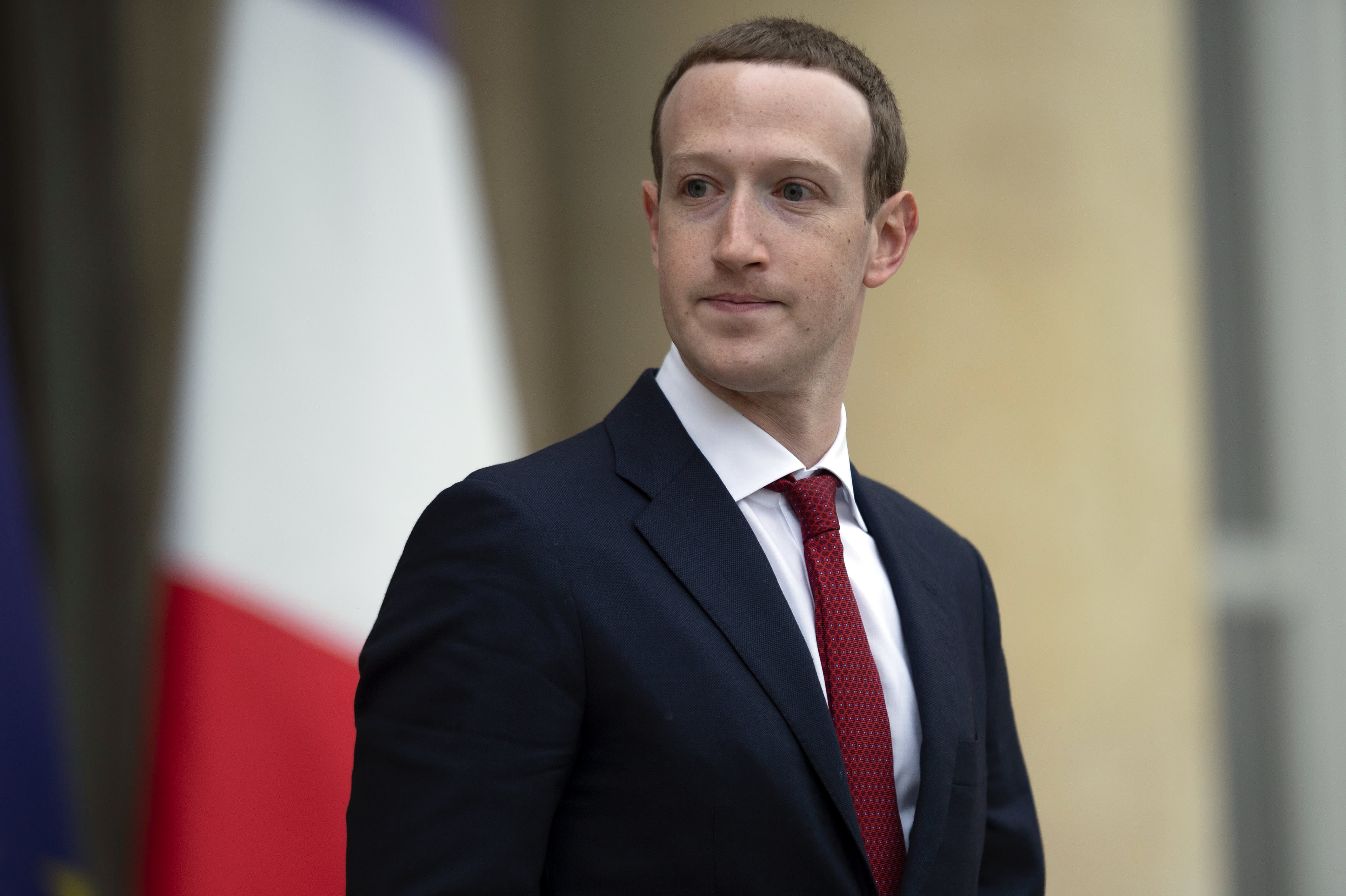 Within the company, the unearthing of the emails in the process of responding to a continuing federal privacy investigation has raised concerns that they would be harmful to Facebook, at least from a public-relations standpoint, if they were to become public, the WSJ reported. 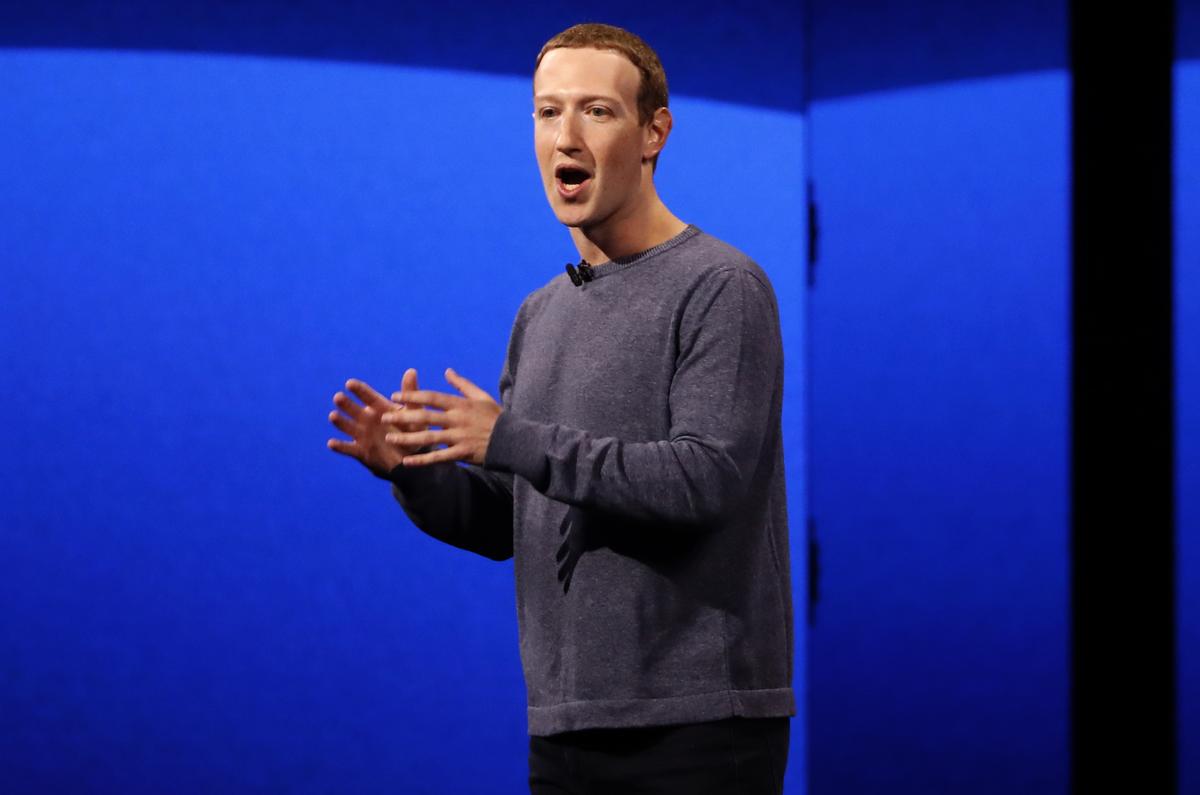 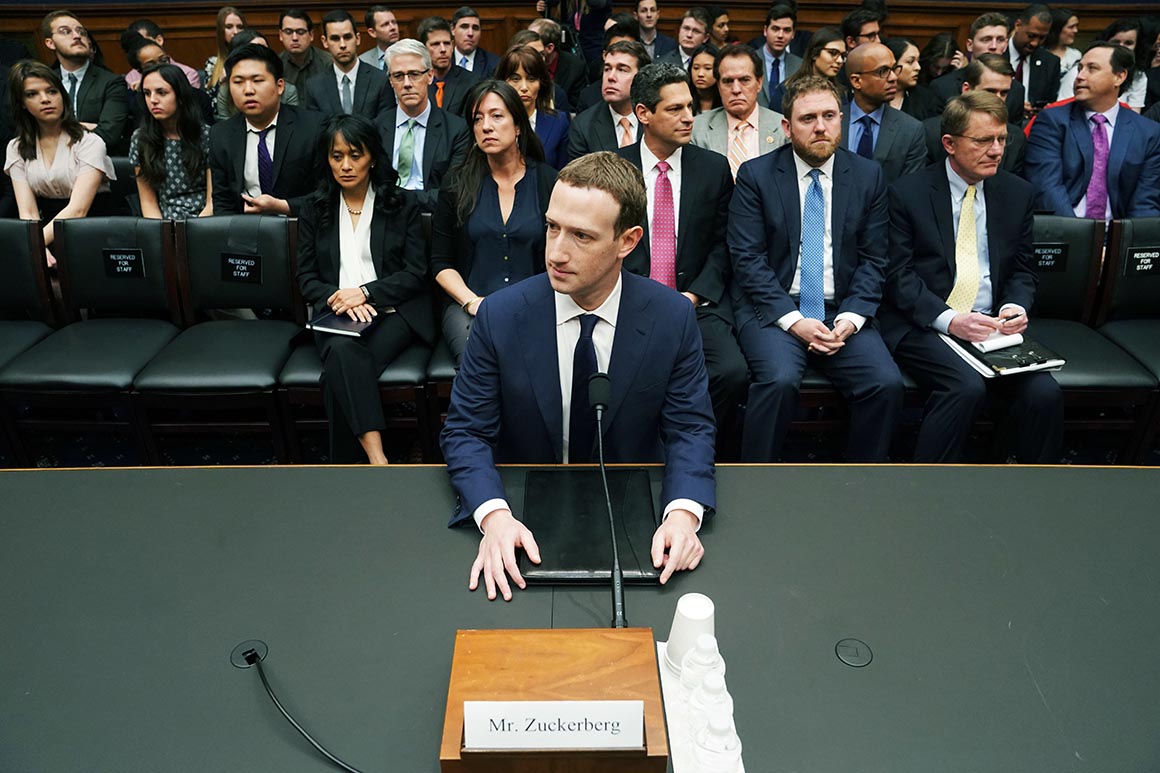 Democrats Need to Tame the Facebook Monster They Helped Create

Democratic leaders Frank Pallone and Jan Schakowksy did an oversight review of Facebook’s regulator, the Federal Trade Commission, with all five commissioners, including Chairman Joe Simons, advancing ideas on how to address privacy rules in America today.